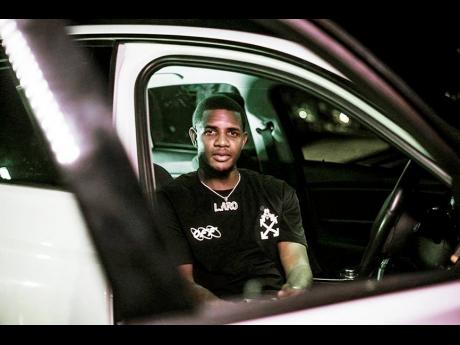 Up-and-coming artiste Laro Don says he will be fusing the rap and dancehall genres to bring a new wave of music to the local entertainment space.

The entertainer told STAR on the Rise that although he is aware that the Jamaican market is very selective about what they accept in the industry, he is bringing a fresh sound he is sure the industry would appreciate.

"My team and I are pioneering a perfect blend between modern dancehall and typical rap music. I know Jamaica is a hard audience to crack and a hard people to please but at the end of the day, talent is talent and good music is good music. That combination is hard to resist no matter how it is presented," he said. "I know the people will love it and so we're expecting the new sound to resonate with the Jamaican people and really have an impact. I really plan to put Jamaica on the map in terms of the rap scene, BET and those big hip-hop platforms. If I make it and this movement I am bringing is a success, it will show that Jamaican artistes who rap can really make it internationally. The sky has always been the limit in terms of how far we can take the culture. Who says dancehall artistes have to be limited to just dancehall?"

The artiste, who released his latest single Self Made last Friday, said he is confident there is a place for him in the music industry.

"First of all, my sound is unique. Even though I rap, the accent I use and the cadence is similar to Jamaican dancehall style. As I said before, it's a unique blend and people got to hear that with Self Made. I know the Jamaican market is very exclusive but I will be included in the exclusivity because I have very good content," he said. "The music I'm going to bring will give off positive energy. For example, the track Self Made is about going after your goals with everything you got even when no one else is willing to take the journey with you."

Delving deeper into the inspiration behind his latest single, Laro Don, who also owns his own production label, said the song is very dear to him as it represents his life story.

" Self Made is really an expression of my way of life. It is an expression of my story. My team and I have had to overcome so many things to get to this stage of our lives and we still have so much more to overcome on the journey because we have far to go. We nuh have nobody to credit for where we reach right now but ourselves, and so it was only right that we named the new single Self Made," he said. "The song shows that anyone can be self-made as long as they really try. It nuh mean say yuh a millionaire. It means that you lean on your own understanding and you go outta yuh way to make things happen for yourself." He said that now that he's got his feet, there's much more to come.

"I will be releasing quite a few singles in the coming weeks that we expect to generate some traction. People can finally get to know Laro Don and get a peek into who I am, my actual personality. The formula we using right now to win is good music and talent. We a expect the people to react to that and once the work resonates with the masses, the sky's the limit right now for Laro Don," he said.