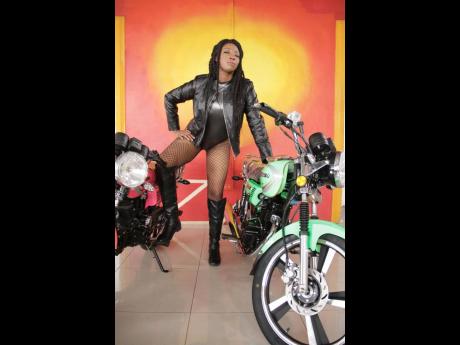 Dancehall artiste Macka Diamond is no stranger to controversy, nor is she easily swayed by the actions of 'haters'.

Usually, the Dye Dye singer would just let people talk until the chatter dies down. But today, Macka Diamond says she is taking a different approach as she gets ready to unleash her 'evil side'.

This after new photos of the entertainer cuddled up in bed with a man began circulating on social media. Macka Diamond told THE WEEKEND STAR that she is tired of being taken for a 'pushover' and will be seeking to take legal action against the person or persons who have been posting her private pictures.

"Mi tired a dem now, man. Yuh know how long mi plan fi a day like dis and say anyhow anybody ever test mi faith again in a dem way yah dem a go see the next side a Macka? Nuff people in a da business yah a go see the next side a mi now. Dem used to this nice, sweet Macka. Well eeh, dem gwine see the devil part a me," she said. "Mi a try figure out the way to take this to the law because mi a take this really serious."

Since the photos began circulating on Wednesday, rumours have begun swirling that the man in the photo is not her personal partner and that the two have been involved in a secret relationship. Macka Diamond did not directly address the rumours but said even if the stories were true, it really is nobody's business.

"Dem just always ready fi run wid things pertaining to me all when the story nuh go so. And if supmn did go so, mi wouldn't be the first woman fi take people man," she said. "Mi just can't believe say people woulda wicked. I guess this is the way dem always try fi make we give up as women in the business. When things a gwaan good dem pull dem thing yah, but this nah break me innu. No day."