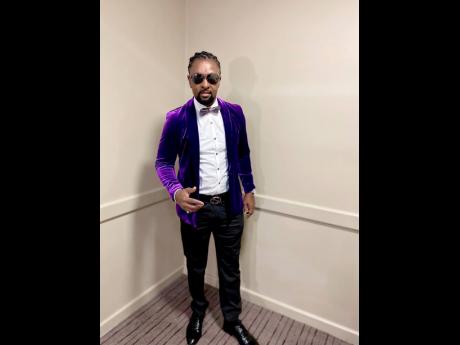 "I'm happy about the response that my new rhythm project is getting. It's receiving a lot of support from DJs in various territories, including Jamaica, the USA, Canada, England, Europe, the UK and Africa," said Delly Ranx.

The nine-track rhythm project that was released on August 21 on the Pure Music imprint features songs from several popular artistes and up-and-coming ones as well.

"For this project, I chose to work with some of the veterans in the business like Spragga Benz and Wayne Wonder. They are two of the biggest hitmakers from the '90s. I also included several popular artistes from this current era, such as Bugle, Demarco, Pressure, Chronic Law and Vershon, along with Phoenix Jones (Pure Music's 'First Lady') and Jah Wiz," said Delly Ranx.

He added, "All the artistes on this project are artistes that I respect and I admire; they are all very talented. I have to thank them for being a part of this project and I look forward to working with them on other projects in the near future."

The hard-working entertainer says he's especially proud of the S20 rhythm because the songs carry a positive message.

"Now more than ever, it's important for us to make music that uplifts and inspires hope. In these trying times, people need all the inspiration they can get," he said.