Mzs Quanny looks to ‘Bruk It Off’ again 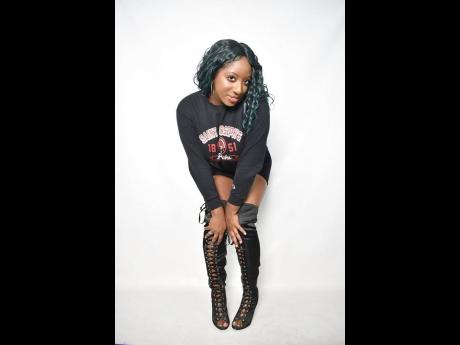 Philadelphia-based dancehall songstress Mzs Quanny is putting a spin on one of her tracks, Bruk It Off, with a remix featuring artiste Xyclone.

"This song is telling the guys, don't be shy. This is the best track to get any girl to wine up to," she said. The original version was released in 2016.

"Xyclone hit me with the idea that we should revive the song and give it proper exposure. It's been getting radio play here in Philly and on a couple online radios, but we saw it going way beyond that. He sent me his verse and I fell in love with it, so we got straight to work," she said.

Not the first collaboration between the two, Mzs Quanny is featured on Xyclone's most recent album on a song titled Still I Rise.

Since its release, the Bruk It Off remix has been gaining traction, especially with the accompanying music video, which premiered on YouTube on September 4.

The track will be featured on Mzs Quanny's forthcoming album, Don't Mean To Brag. The album, which will also feature another collaboration with Xyclone, is a body of work that kept her going through this difficult time.

"Honestly, 2020 has been tough; but after fighting off the virus, a whole month later my motivation was through the roof. There was a point where I couldn't even speak for more than two minutes because of the virus, but I pushed myself each day to record something," she said. Mzs Quanny said that everything that she has experienced has been fuel to keep going.

"When you want something enough, you don't stop. In a way, the coronavirus helped my music. I've been able to connect with way more people because everything has been virtual," she said.