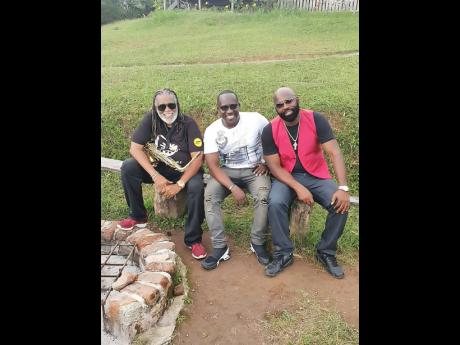 A video clip of the song was posted on his Instagram page recently, and since then the record has gone viral.

The song was produced by international music producer DJ Smurf, and according to him, based on early indications, it will be a staple in dancehall.

"I'm looking forward to seeing the feedback of this song when it is played in the dancehall. I'm so excited about it. I have worked with Richie on projects before and I find the process to be very easy. He is very professional, and his voice is always something to marvel about," DJ Smurf said.

"This is one of those songs which will be a staple in the 'juggling'. I was speaking to Richie, who is also a good friend of mine, and I told him I wanted to produce one of those songs that are staples in the early juggling and this is what we came up with. Dean Fraser is a legend in music, and you already know everything he touches turns into gold ... so fans of real good music are in for a treat with this one, "he said.

The song recently charted in New York. and the accompanying music video was filmed in the Blue Mountains and can be on viewed Richie Stephen's Vevo page

"This is timeless music, and I guarantee that people will be listening to this song for years to come," DJ Smurf said.