Jah Torious wants to build a movement through music 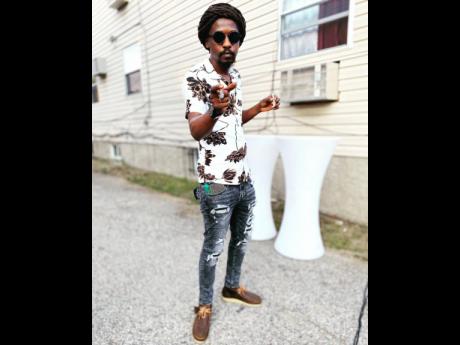 Up-and-coming reggae artiste Jah Torious says he was always drawn to music from a very tender age. Like many entertainers, he had his beginning in the Church, having started out on his Sunday-school choir in Falmouth, Trelawny, at age six.

By age 11, he joined the parish's marching band and by age 13, he began widening his musical talent by honing his songwriting skills. At age 16, the entertainer migrated to the United States of America, and with music firmly embedded in his heart and soul, he began pursuing a professional career.

Today, Jah Torious believes he has made enough advances on his journey to begin making an impact on the local music scene.

"Music embedded inna me, innu, so when mi say a it chose me, and a never me chose it, it might sound cliche, but a di truth. From me know myself a just music mi a go after, and right now we a take things well serious because the road deh deh fi take on," he said.

Jah Torious, who grew up watching artistes such as Dennis Brown, Gregory Isaacs and Sizzla, has set his sight on getting a Grammy Award in a few years.

More then anything, however, he wants his music to be heard and felt throughout the world.

"My plans for the future are plenty. I can't even begin to talk about all of them, but what I will say is that I want to build a movement. I want to be someone that, through music, influences the younger generation," Jah Torious said.

The artiste says he is currently promoting three new singles: RIP, She Alone and Never Believe Inna Me.

"We wah see weh we can do fi di nation outta music, a dat a di pree. We nah really look nothing from music fi we self, because we really and truly only want the world hear we message, and anything weh come after that we just cherish it and know say we thankful," he said.