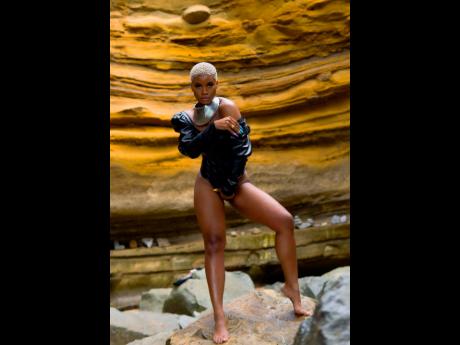 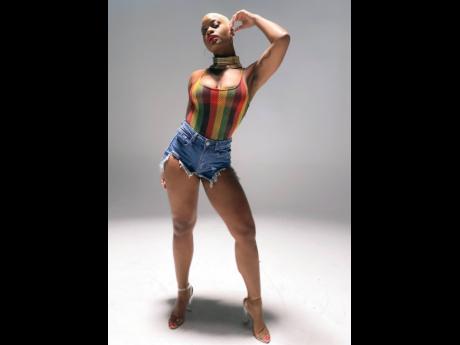 Between creating content for self-promotion and booking jobs, Kimberly Harvey says she has developed a full understanding of knowing the value of her work and worth.

Leaving Jamaica with her family at age eight, she became exposed to the Atlanta culture of hip-hop and crunk, and later the Chicago style of dancing, such as the urban movement of steppin'.

Harvey said the foreign dance styles piqued her interests, and her schoolmates were equally curious about dancehall.

"They were exposed to Jamaican culture by seeing popular acts like Sean Paul and Elephant Man on television, on shows like 106 & Park, and once they knew where I was from they would always ask how to do certain dance moves," she told Dancers' Paradise. "I always gravitated to dancers from middle school through to college and even participated in dance teams, serving as the captain and choreographer while at Shiloh High School in Snellville, Georgia, but I did not study for a degree in dance."

The August Town native developed a natural love for the rhythm and movement and presently defines herself as a movement artist.

"I have learned and done different styles in training in whatever movement I have to do. I model as well, and even then my movement is still dance-based in terms of posing," she said.

From dreaming of becoming a professional dancer at age 11 to beginning her professional training at 17, she can now say it was worth it. Harvey worked as a backup dancer for a DJ E-Cool and Davido live performance and is featured in the music videos for chart-topping entertainers like Missy Elliot ( Cool Off) and Teyana Taylor ( We Got Love).

Cool Off premiered this April, but Harvey said that it was filmed in 2019.

"I'm the one with the short Afro puff hair and yellow shorts!" the now platinum-blond diva exclaimed. "I get gigs like that by the grace of God, and I actually didn't even know it was going to be Missy Elliot. Her roommate, also a professional dancer, said a request was made for Jamaican 'twerkers'."

Harvey, 28, said she has doubted herself, even for the Missy Elliot track, which she didn't hear until she was on set.

"At first I was like, 'What am I supposed to do, what is a Jamaican twerker?' And I got more anxious when the hours seemed like they were passing and nothing was happening," she said. "When it was time, I had to dance for my life. I was bruised up. Because of a wardrobe malfunction, my breasts kept falling out. I was on set from 4 p.m. and finished the next day at 7 a.m. One thing I will always remember is that Missy came over to the dancers personally and said thank you."

She explained that it's those little things that dancers and choreographers, especially females, need to take into consideration when setting a rate for themselves.

"Be able to understand your body is worth more than getting a job where you get paid at a lesser rate for long hours. Artistes will contact me to do videos for US$150 for an eight-hour period, where there will be no food on set. When you accept these conditions, it makes it harder for others in the industry who set higher standards," she shared.

She added, "You take risks, define your identity and build audiences, but don't sell yourself short because you are excited to work with big artistes. These same artistes can change their mind and not use the videos, or you not even caught on camera. Your intellectual property is yourself; I hope to see an improvement in the field of performing arts, where we are better valued, receiving better pay, health coverage, and understanding."