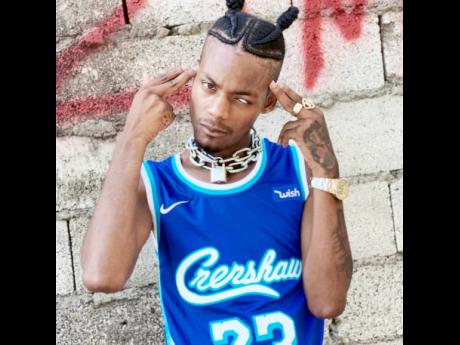 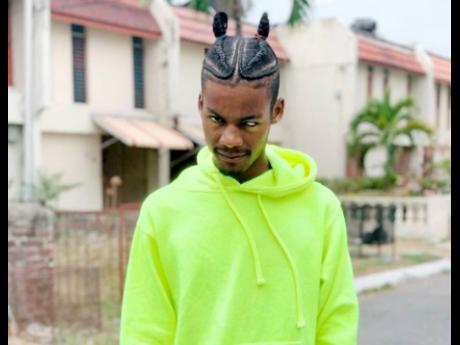 It's hard to believe that the single, Pesheng Weng Weng Weng, that birthed the latest dancehall slang (stylised as one word, 'peshengwengwengweng') has not even been officially released.

The song and slang are the brainchild of up-and-coming dancehall act Zinthos, and he told THE WEEKEND STAR how it originated.

"Basically, when a gun go off inna cowboy days a da sound deh it used to make. Even when it ricochet off the wall these days a dat yuh hear. If yuh live which part shot a fire and grow dem part deh yuh understand weh mi a say," Zinthos said, adding that he was taken aback by the response. But the hit may not have happened if Zinthos, 26, had 'followed his mind'.

The artiste, given name Membert Grizzle, admitted that he had "kinda give up on music".

"Mi did a work a UWI (University of the West Indies) cleaning up the place, yuh know, any likkle thing fi make the muckle, and mi meet this bredda, and him hear mi and say 'no bredda yuh nuffi deh yah, so yuh fi a run road'. Him name Dindghi the Great and a him show mi say 'bredda yah somebody innu, so no badda feel less than nobody innu'. And mi take it into consideration because at one point mi did start feel like mi feel less than the world, less than everybody, 'til one time mi a say better mi just leggo music and mi did a go give up," he said.

Zinthos said Dindghi the Great, who became his manager, made him start to believe in himself.

"Him bring mi go Beenie Man Summer Sizzle in 2018, buy mi outfit and everything and after that mi just start take things serious, and start do mi likkle freestyle pan mi Instagram and mi see people start follow me and some a dem a tell mi say mi bad even way before the break," he said. "Dat a when mi deh 986 followers. Now mi deh 14,000 followers and it's growing. Mi go do the peshengwengweng thing now and a it become the hit, and I'm so joyful, hopeful and appreciative." It was while vibing with Dindghi the Great that Zinthos used the phrase.

Zinthos said since the song and slang have gone viral, he has been receiving numerous calls from producers.

"Mi never did a get this attention before. Is like dem did know a dancehall dis so dem never wah let me chu. Now, I don't know which hot producer nuh link me," he said.

Zinthos said that while there is often conflict in dancehall, he wants to bring back the humour, like artistes such as Major Mackerel, Mad Cobra and Zebra. However, he stressed that there is more to him than just comedy.

"If people really take the time to look into mi and my music dem will see the levels. Peshengwengwengweng make the door open, but my talent is going to keep me in dancehall," he said.