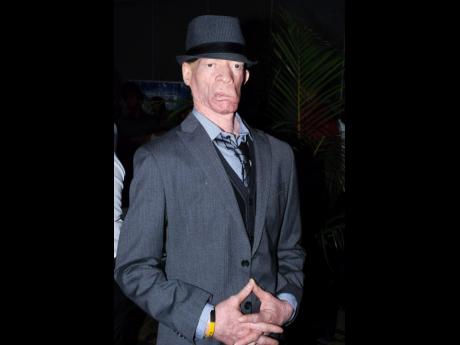 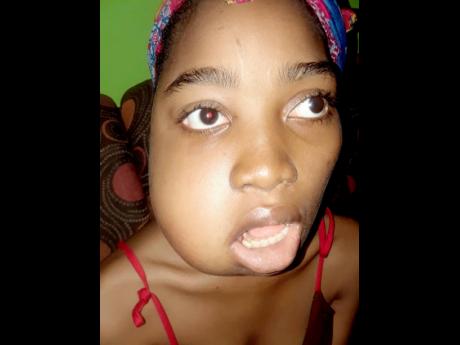 Nearly 30 years ago, Winston Foster, better known as Yellowman, was diagnosed with cancer and was given maximum three years to live by one doctor.

Yellowman defied the odds and is now making it his duty to help give 14-year-old Tracy-Ann Ricketts a fighting chance, as she battles bone cancer. The fast-growing tumour has caused the right side of her face to become swollen and disfigured and she has now lost sight in her right eye.

THE WEEKEND STAR highlighted her challenges in October shortly after her diagnosis. She urgently needs surgery, with a price tag of US$1 million (approximately J$147 million).

Upon hearing of Tracy-Ann's illness, Yellowman made some calls and reached out to her parents and visited her in hospital.

I know the pain

"It's the same cancer tumour me did have, so I know exactly the kind of pain she is going through. But for her it is worse because she is just a little girl. I was a big man when I was going through my pain," said Yellowman, who underwent very invasive jaw surgery to remove a malignant tumour. "I tell her parents that they have to move fast because is a thing that grow."

The artiste is confident that once the surgery is performed, Tracy-Ann will lead a long life.

"About 10 to 12 years after one surgeon give me three years to live, I remember I was doing a show at Martha's Vineyard and he showed up backstage. The doctor did see the show advertise and seh him have to come to mek sure that it was really me and not a ghost," he shared.

Yellowman had the option of doing reconstructive surgery, as the operation to remove the tumour disfigured his face; a section of his lower left jaw was removed.

"At that time my children were in school and going on to university and that fix-up did a go cost too much money, so I tell the doctors 'no, me all right'. But this little girl case different. We want to see her smiling like before, and the doctors have the skills to mek that happen," he said.

Yellowman is hoping to energise the music industry in Jamaica and beyond, and just about anybody with a heart, to assist Tracy-Ann.

"Me just want this little girl to survive and I am praying for her. The million dollars sound like a lot, but we have to remember this, it could happen to any of us and we need to come through for Tracy-Ann," he said. "Artistes, we have to stop floss and tek coils of pounds and US dollars a lick girl pon dem bottom and put it to good use. And stop send US$100 bill to girl to write her number pon and give it to a worthy cause instead."

Trace Ricketts, Tracy-Ann's father, is thankful for the support from Yellowman and other music industry persons including Claude 'Big Stone' Sinclair, Little Lenny, and many Jamaicans who have shown their love.

"Tracy is at UHWI (University Hospital of the West Indies) for four weeks now. They did over all the tests and are talking to St Jude's Hospital and Sloane Kettering in the US. But the money is a challenge. I never see US$1 million in my life, but we are praying and leaving everything in God's hands. He is still in control," Ricketts said.

Those who wish to assist Tracy-Ann may donate to account #20000154995 in the name Trace Ricketts at the Brown's Town Branch of Jamaica National or https://www.gofundme.com/f/xggbw-for-surgery?utm