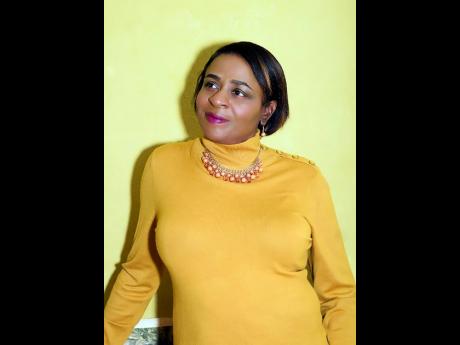 Surviving a stroke is one thing, but the recovery is another, says singer Dian Barnett,who was almost robbed of her voice while on ministerial duties overseas last year.

"It was frightening; I was alone in Connecticut without family or friends when a stroke supposedly originating from high blood pressure occurred - a day before the private function I initially went for - just a few days before I was expected to return home then make way for another booking in Canada," she told Gospel Spotlight. "What was supposed to be five days turned into five weeks in the medical facility and then five months before I actually was well enough to travel home. This was testing on my daughters, who had to become each other's support, but I was fortunate to have friends in Jamaica to take care of them."

Barnett was surrounded by unfamiliar faces in an unfamiliar place, but said "God was, and always has been, good to me."

"Being a singer and a psalmist, I know the power of words and prayer did a lot for me - the whole experience was enlightening," she said. "There were people, friends who I had not been connected with for 20 years or more that ended up being my support. They turned up when I was most in need, provided me a home, dealt with the expenses and helped me through rehabilitation like they were doing a job they were paid for, and I am forever grateful to them."

Barnett is known for hits including He Gets Sweeter, Yes Jesus Loves Me and If God Be for Us. Gospel fans will also remember her as a former singer with the Grace Thrillers and as lead singer for The Ambassadors. After a left-side stroke, many individuals suffer from serious speech disorders, and the soprano singer was one of them.

She shared, "I was unable to speak without a drawl, and it was difficult to use my left hand or any part of body on the left side for a while. I am still doing therapy and have to do regular consultations. We are still trying to get to the root of the problem, seeing specialists and an internist, as my blood pressure spikes abnormally. Life is different now as recovery comes with its challenges, for example, I don't even know where the next cent is coming from but I am affirming that I won't be overwhelmed."

Her first step in relaunching her ministerial wings was performing at the virtual staging of Atlanta Bless Live, and she is gradually getting back on track, with the release of an EP titled Friend I Know, produced by CEO of HazzieMuzik Productions, Dale Haslam.

"In making my decision to not allow anything to hold me back, I had the conversation with Dale, and we have revived some tracks recorded in the past for a well-timed introduction, and there are also others in the making. I find that when I start giving thanks, the negative energy dispels, so I am putting my experiences into words hoping that the songs will serve as prayers for those who listen to them," Barnett said.