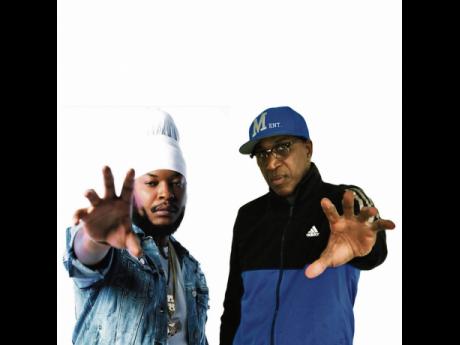 In a bid to woo the ladies, veteran singers Anthony Malvo and Pressure Busspipe have put their collaborative efforts together on their latest release Tell Me, produced by IzaYoung Boy Productions.

"When Anthony got on the track, I immediately recommended that we add Pressure Busspipe because I envisioned the song being a hit collaboration and the works of these two artistes compliment each other very well. The single did not disappoint. It is being played in several countries worldwide on the radio as well as making rounds on social media," said Ferdinand Maynard Jr of IzaYoung Production.

Tell Me has already garnered thousands of streams since its February 12 release and based on the steady momentum the track has been building, the team has decided to release visuals.

"This song is very close to me because the women are involved. I enjoy making 'lover's music'. I am not surprised that the single is blowing up because we put a lot of man hours into it and the promotional campaign we put in place is proving to be effective. We have plans to release the visuals for the track before summer and I know the females will love it," said Anthony Malvo.

"It was a pleasure working with like-minded people and I believe it's the drive that everyone has that is making the song a success. We have females, radio disc jocks and social media personalities from all over sending us promo videos, so the hard work is paying off. Our fans have been supporting the project wholeheartedly and we know they are going to love the visuals," added Pressure Busspipe.

Maximising on their musical chemistry, IzaYoung Boy Production and Malvo Entertainment have started the ground work for an album.