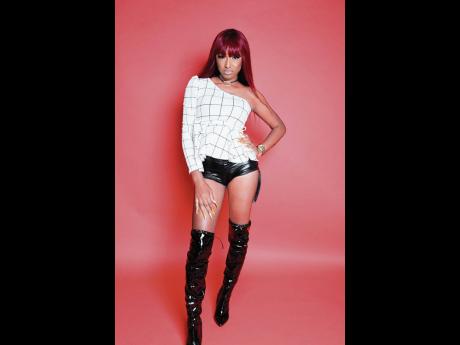 Canada-based reggae and dancehall songbird Phenique hopes that her new anti-violence single, Another Coffin, will inspire peace and love.

The sexy vocalist has been perturbed by the numerous grisly reports of violence and murder which often dominate the headlines in Jamaica.

"I love watching the news, whether it is news from Canada, Jamaica, or the US, but lately, the news from Jamaica has been so brutal and shocking ... sometimes I am scared for my Jamaican people," said the artiste. "I am tired of the daily reports of senseless violence, and the negativity. That's why with Another Coffin, I put myself in my people's shoes. I can't imagine the pain of someone who has lost their mother, father or child, but I wrote this song so people could relate because everyone has suffered loss." The song was released on March 3.

"The feedback has been great so far, people are touched by the song. But what I really want is to change the hearts of the gunmen because COVID-19 is wiping out so many people. I thought because of the pandemic people would appreciate life more. But that is not happening in Jamaica," she mused.

Phenique, given name Shanique Phoenix, grew up in St Catherine but migrated to Canada at the age of 14. A year ago, she decided to pursue her music career when she approached artiste-turned-producer Mr G to produce a song. Since that time, she has recorded several singles.

"I plan to release an EP this summer. I am just striving to be me. I want to be an authentic artiste. I see too many people using reggae and dancehall music as a gimmick, that's why we have lost our prestige in the international marketplace to other art forms like Afrobeats. I want to help bring that prestige back," she said.