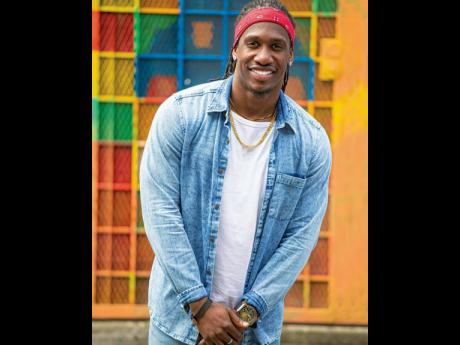 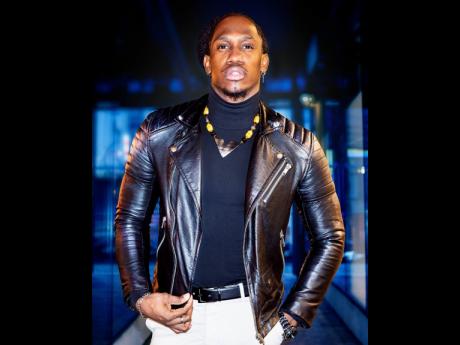 Mikhail Morris is not your typical dancer. His start as a creative dates back to his days at Tarrant High School when he participated in the Jamaica Cultural Development Commission Festival Competition. Later on, he competed in Dancin' Dynamites, where his team, Venom Squad, placed second.

The platform was then set for Morris to embark on a career as a creative. He enrolled at the School of Dance at the Edna Manley College of the Visual and Performing Arts, where he studied for two years before migrating to Canada.

"I never graduated high school with any CXC subjects and I know I disappointed my mother, who worked hard overseas to provide for and support me. One of her goals was to see me graduate and go to college, but I found that due to personal reasons, I couldn't retain the studies," Morris said.

Dancing became his outlet, his safe space, so when the opportunity arose for him to attend college on a scholarship, he grabbed the chance with both hands.

Studying with other students who were more knowledgeable and technically sound in the art form than him was of no deterrence to the young performer. He recalls staying back in the studio after classes, and working in-between breaks to master what he already knew, and to learn the unfamiliar.

"As a street dancer, this was a great opportunity for me, not having any subjects and [yet] to go to college. Dancing focused my attention span, allowing me to do both theory and practical," Morris said.

He credits his classmates Paul Newman and Marlon Simms, who is now the artistic director for the School of Dance and who awarded him the scholarship, for going the extra mile in offering assistance on and off the dance floor.

"There were days that I worried about lunch money and bus fare, because I really didn't have it. And I was happy for the support. Marlon Simms continues to be my mentor. He motivated and supported me," he added.

Morris said that Simms opened the doors from him after he spoke about his desire to become an international dancer. With his assistance and connections, Morris created an audition tape and was on a flight headed to Canada.

"Dancing through high school, teachers were discouraging me, [and telling me] to stop, and saying that it wouldn't take me anywhere. I remember saying to myself that I can't quit. I wanted to see how far it would take me. And now I am in a dance company overseas," Morris said.

While fine-tuning his skills in the art of modern and contemporary dance, Morris ensured that he didn't lose his dancehall roots. So he started to teach dancehall in Toronto, and from there, he built a community. He was in the streets, the studio and the theatre.

Morris has gone on to attend conferences and teach at various workshops. He later became co-owner of a business called Ketch Di Vybz in Vancouver, where he produced his first-ever dancehall theatre show in 2016. The two-night event was sold out.

Morris has placed dancehall culture in an academic space, creating a dancehall course at the Simon Fraser University. Students learn the history of dance, old-school versus new variations, and so much more.