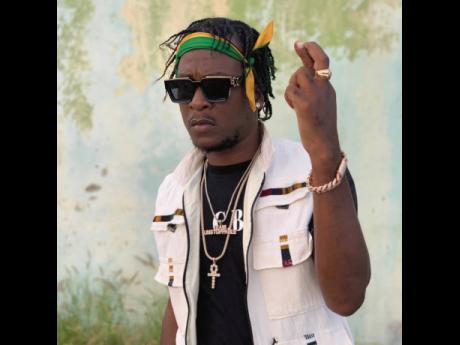 When the CONCACAF Gold Cup begins this weekend, the black, gold and green of Jamaica will be represented both on and off field. This follows news that the Party Animal hitmaker, Charly Black, has been invited to be part of the official theme song for this year's tournament.

"This is no doubt a great look for dancehall and the culture on a whole. The exposure it will bring is immeasurable," Charly Black said.

"Jamaica and other Caribbean teams are in the Gold Cup, so I'm happy for the opportunity to add some dancehall flavour to the field."

The theme song, Juega, is a collaborative effort between the Party Animal hitmaker and Colombian brothers, Cali and El Dandee. A music video for the track was shot last week at David Beckham's Inter Miami CF Stadium in Fort Lauderdale.

Charly Black said that with dancehall being the musical force that it is, asking an artiste like himself, who has been a champion for the genre in recent times, was a no brainer.

"Dancehall brings a flavour like no other genre, so it says a lot that they had to bring that element to the track to represent a huge tournament like this. The song is really catchy and it will get played a lot on TV, and as I always say, God is in control."

The 2021 CONCACAF Gold Cup will be the 16th edition of the biennial international men's football championship. The tournament was originally scheduled to be held from July 2 to July 25, 2021, but was later rescheduled for July 10 through August 1.

Jamaica's Reggae Boyz will compete in Group C in the tournamant's preliminary round alongside Costa Rica, Suriname and Guadeloupe.