Skeng eager to redeem himself after troubled past 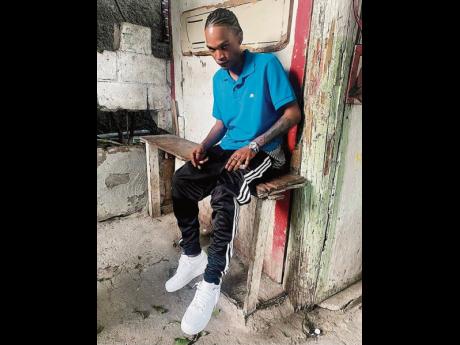 As a teenager, recording artiste Skeng moved from high school to high school because of what he calls "circumstances".

He went to Wolmer's Boys' School, St George's College, Hydel High, and later transferred to Quality Academics and Excelsior Community College to complete the final year of his secondary education.

"In third form I became a little rebellious and wanting to do things my way, I landed myself in a lot of trouble. That's how I was transferred to St George's," Skeng told THE STAR. "Even after that, I continued to be carefree, and then we had to move to Spanish Town. It was a challenging time."

Skeng's recording career took off then, but his parents were strict advocates for education and putting school aside was not an option. In 2019, he finally got the push to release music, but it was not until last year that he received a breakthrough with his Brrrp single and music video, "which was shot in the US and made my music career a reality". He is promoting three songs, Who Dat, Street Cred and Deh Yah.

"I see where the music (is) getting the support, but I don't get no big break ... not yet. I need to be on major platforms and number one on all streaming channels first. It feels good, but I'm aiming for more. I want to make an impact on other youths like me," he said. "Me mek mistakes in the past, and me believe that all of that clean up yah now. Cyaan really say what exactly, but I want to fully redeem myself, by showing I have a story and style that's unique, and move forward to (the) future."

He said that it has been a challenge to get songs like Street Cred played, but believes he has found ways around the 'politics' within the dancehall community.

"I think my voice is one reason persons should listen to me. What I'm bringing into the dancehall can change the game fully, because another one ah my purpose is to be great in the industry," Skeng said. DJ Antsman, who produced Deh Yah, supports Skeng's aspirations and has compared him to impactful veterans like Vybz Kartel and Bounty Killer. It is one of the reasons he was drawn to working with Skeng.

"I think people should know that his confidence and the execution of his tracks are not to promote any violence but give listeners a taste of the real Jamaican streets," DJ Antsman continued.