CJ The Chemist find The Formula 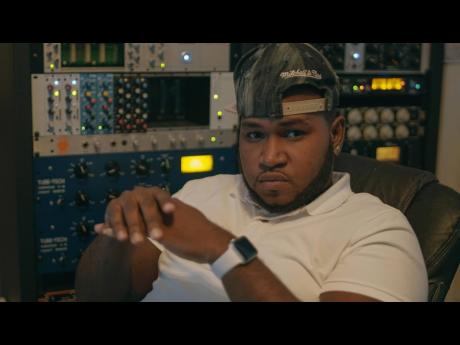 Record producer CJ The Chemist says he is looking to growing his fan base with the release of a compilation of his most noted works.

The project, dubbed The Formula, will feature some of his biggest hits. CJ The Chemist is hoping the compilation will not only cement his place as a prolific producer but form the basis on which he launches the career of the artistes under his label.

The creative, who has worked with the likes of Spice, Aidonia, Govana, Elephant Man and Chino McGregor, says while his riddims are hugely popular, persons are still largely oblivious to the man behind the beats.

"I basically want to showcase who is behind the beats because people hear the song but dem don't know who the producer is. The music industry has changed and so we all have to adjust in different ways. People want to see more personality, not just products," he said.

"We all have to look at that, re-evaluate our approach and come at the business differently. We have to focus more on branding and establishing ourselves."

The record producer said that he is seeking to walk in the footsteps of creatives such as DJ Khaled and Stephen McGregor, who are multidimensional in their approach to music.

"I want to showcase my all-round talent; managing, writing and even singing because I actually have two songs on the album as an artiste, and I want to do more in that regard in time. I am not really a social bug but today's music landscape is all about branding," he shared.

"DJ Khaled do this kind of work, my idol Stephen McGregor been doing it with his Lab Work projects. I am just following in the footsteps of the greats before me."

Looking ahead to the release of The Formula, CJ The Chemist said he is hoping the compilation will not only cement his place as a prolific producer but will also become the launching pad for the careers of the artistes on his label.

"I have four artistes I am personally working with; Starrr Doll, Juggla, OG Techneek and Roxxy. When the compilation gets out I want the most out of it. I want to be more known and I want it to draw more attention to the brand. With that exposure, I want to present my artistes to the world," he said.