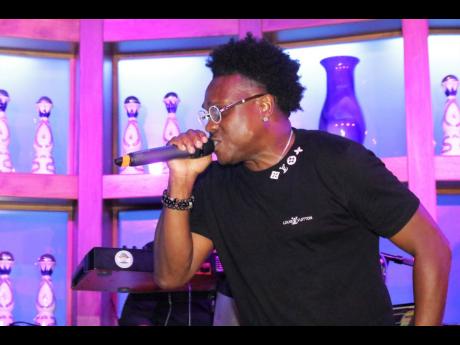 Honorebel gave fans in South Florida and Los Angeles a taste of Guru, his new album, at the Blue Martini and El Cid venues on August 8 and 10, respectively.

The 16-song project was released August 6, and, like the singjay's previous seven albums, is produced by his Phantom Music Group.

"Both events were epic. Things are going great and we haven't pushed the full force of promotion behind it as yet," said Honorebel.

He added that he and his team, which includes co-executive producer Brandon Senali, were determined to release a work that appeals to diverse markets.

At the Blue Martini in Sunrise, Fort Lauderdale, Honorebel performed songs from Guru, backed by the Vision Band. He was supported by Ed Robinson, Sons of Maestro and Dilly Chris.

At the El Cid gig, his guests included Shinehead and Mad Lion.

" Guru includes party jams like Party Time and Goddess and a lovers' rock cover of Beres Hammond's If Only I Knew (done with Big Mountain). Honorebel last released an album in 2019. That set, titled Above The Noise", was more dancehall-friendly.

Honorebel has made his name out of South Florida. His biggest hit to date is Now You See It (Shake That Ass), a 2010 collaboration with Pitbull and Jump Smokers that made Billboard Magazine's dance charts.