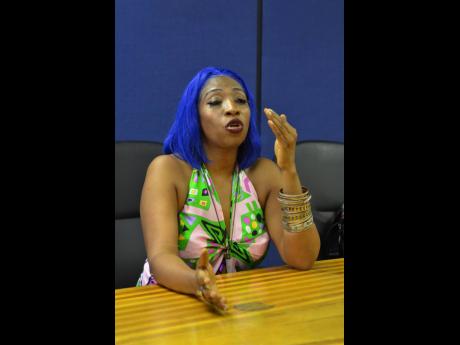 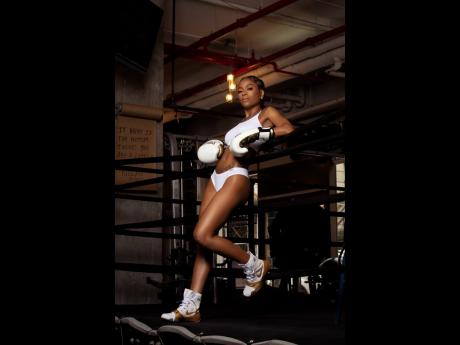 This week international hitmaker Hood Celebrityy shocked the music recording community when she revealed that she is a 30-year-old virgin, which, by definition, means never having had penetrative sex.

She made the revelation to the host of the popular Lip Service podcast, Angela Yee, and soca singer Alison Hinds. Hood Celebrityy also described herself as bisexual and said she has not dated men in a long time. The entertainer then posted a clip of the interview on her Instagram account, with the caption 'yea I'm saving mines'. Many critics responded that she was being dishonest.

However, dancehall act Macka Diamond says persons should not be quick to judge the Walking Trophy entertainer although she understands why persons, like herself, are confused.

"It is not clear. Virgin is the first time someone has sex and virginity no longer exists once a woman has sex," Macka Diamond told THE WEEKEND STAR. "Sex is sex, oral or physical and she did say that she has been with someone whether or not there was insertion, so in my opinion the virginity is lost. Virgin means never been touched, don't it?"

Hood Celebrityy also admitted that she has experimented with same-sex relationships, and as such, Macka Diamond does not look at her like a virgin but as a woman who is currently not having sex with the opposite sex. Macka Diamond, given name Charmaine Munroe, is a past student of Holy Childhood High, one of Jamaica's prominent all-girls Catholic secondary schools. She credits that for her holding on to her virginity as a young woman.

"Anybody that went to Holy Childhood (or Immaculate Conception High School), would be used to people calling us virgins back then when they saw us in our uniforms. After devotion in the mornings, sister used to tell us 'Don't be a foolish virgin'. So I hang on to mine at least until after I graduated high school," she said. "I couldn't allow myself to feel guilty, so me make sure stay virgin. If a girl lost her virginity in high school, she was looked down on (so) girls who had sex, never wanted anyone to know they did. They wanted to look like the perfect virgin."

She said it is not unbelievable that Hood Celebrityy is saving herself.

"When giving away one's virginity at a young age, it was not a decision per se. It was meeting a nice, cute young man, maybe someone who can dance, disco or breakdance to be your first boyfriend. I wasn't up and down with anyone. I had one boyfriend. Then, when I felt the time was right, and I reached the age, I said okay and it happened," Macka Diamond said.