Dancer happy that son’s alleged abuser has been charged 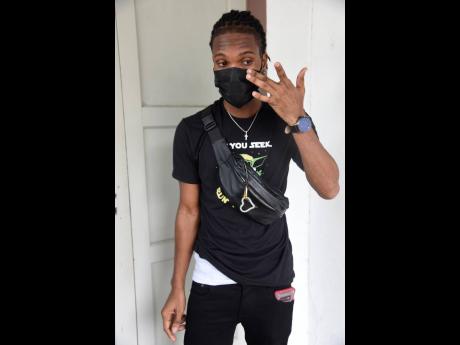 "I'm actually lighter because that's what I want. I wanted justice and I got it so I'm more happy. I was down but now I'm light like a burden came off because he deserves that for what he did."

The man, 29-year-old Anthony Bailey, allegedly threw Jamarie Cameron to the ground last Saturday afternoon, causing injuries to his face. The St Catherine North police have since charged him with unlawful wounding and assault occasioning bodily harm. Bailey is scheduled to appear before the St Catherine Parish Court on Friday.

When he found out about the incident through the child's mother, Cameron, a popular dancehall dancer, used his online platforms as a call to action for justice. At the time, Cameron said the child's mother did not want to press charges which placed a rift between them. They are now on good terms as he said she explained the reason for her hesitancy.

"We had a talk and she explained to me why she didn't press charges," he said, adding that young Jamarie is "doing well".

The entertainer has launched a GoFundMe campaign to assist his babymother and son with a US$5,000 (approximately J$738,550) goal. More than US$2,000 has been raised.

"I raised it to try to get somewhere so that the babymother and my child can have a place to lay their heads because they're at the grandma now but they can only be there for a while so I wanted to get somewhere permanent by raising the money to ensure that she can be there for my son and her two other kids," he said.

Even if the goal figure isn't reached, Cameron is open to any assistance that will ensure "they are safe and in a safe place".

"She don't have anywhere to go and she's not going back to him because they're not together anymore," he said. The incident is an eerie reminder of Nashaun Brown, a four-year-old boy who died after he was allegedly beaten into a state of unresponsiveness by his stepfather Shaun Bennett in July. That incident also took place in St Catherine.