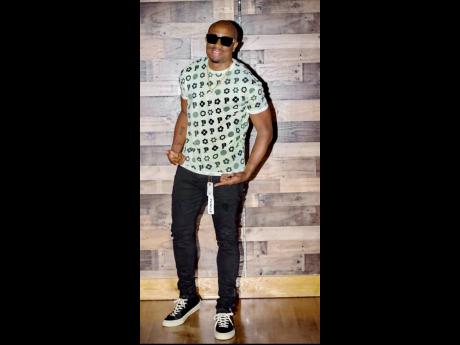 The song, produced by his Binnz Music Production label,was released on November 26.

"The idea for the song came about from a personal experience," Binns shared. He said the feedback to the song has been positive and, with its R&B feel, he hopes the song can reach a wider demographic. Binns says he has crafted his own lane by tackling songs that resonate with matters of the heart. The move, he says, was strategic.

"This is truly where I feel like I give of my best and it's where I intend to make my mark in this industry. My voice, my style, my image are effortless when I'm in my zone. I've done music with rap artistes. I've done dancehall too, and I feel I do them reasonably well. But when I make lifestyle music and, more significantly as it relates to the ladies, I'm really, really comfortable," said Binns.

In 2019, he released the six-track EP titled Statement. Among its tracks was a cover of R&B singer Donell Jones's You Know What's Up, which he titled What's Up.

Born in Manchester, Binns is the twin brother of singer Marlon Binns. He attended Christiana High School in the parish before relocating to Kingston to pursue his musical ambitions. He currently resides in Atlanta in the US state of Georgia.

"After I finished high school, I moved to Kingston to be near to where the heartbeat of music is in Jamaica. The first producers I worked with in 2002 were Sly [Dunbar] and Robbie [Shakespeare] and that was a good experience for me where I learnt a lot musically," said Binns. Over the past year, Binns has released songs including Tell Me How.