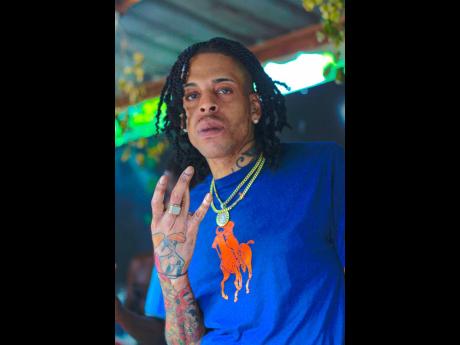 Savage Savo is targeting the Latin and reggaeton markets with his 2022 premiere, Fuego Bailando, produced by his Savage Ent outfit and Smoke Shop Studios.

The uptempo track lauding the captivating dance moves of a senorita, is mostly sung in Spanish - a feature Savage Savo has been receiving commendation for since its release.

"I studied Spanish in like two days then did the song," Savage Savo told THE STAR. "Not really studied still, I had help with the Internet," he clarified.

The songwriting was challenging for the artiste who said he had to find ways to rhyme in Spanish without losing the essence and context of the lyrics. His motivation to continue was rooted in his interest to expand his reach to the Latin market.

"We have a lot of dancehall music in the Spanish-speaking countries like Panama and dem places deh and most of those artistes over there take dancehall music and sing it back in a Spanish language but use back our melodies," he said.

"The songs are major hits and their population is way bigger than the English on that side, so they are making more money off a (dancehall) song they remix. I was planning to get into that market eventually, and it's working 'cause I've been seeing people TikToking the song and putting it on Instagram reels and it will show where the song is being played mostly."

In December, Savage Savo released the music video for the Laa Lee collab, Piy Piy, which oozes Dembow and reggaeton frameworks. Savage Savo shared that he had been working on an album for the Latin audience and even had collaborations with some of the market's artistes, but said the pandemic disrupted his plans.

"I had to just work on those rhythms that I had demos on and finish the songs," he said.

He is song-equipped for 2022, with 10 songs already waiting to be released.

He is also working with artistes from Grants Pen, Portmore and Spanish Town on his recording label in an effort to bring new talent to the fore.

"Big up to Smoke Shop, the guy that's making the beats. All dem guys deh really want more time is publicity for themselves; sometimes dem nah really run down nuh money or things like that. Yuh haffi look out for people like that who waan fi build something with an artiste."