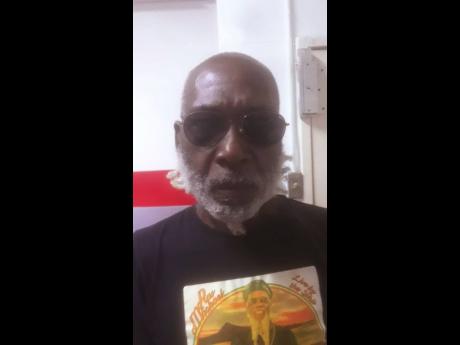 Singer Michael Enkrumah is readying a new album, 'Time Will Never Stop'. The 12-track project is a labour of love which started more than two decades ago when he was living in the United States. Even after being deported in 1994, he never neglected the album, and wrapped up its recording about a year ago.

" Time Will Never Stop is really about the world not having an end," Enkrumah told THE WEEKEND STAR. "It will be here all the time even when the clock stops, though some people think, when they're gone, the world will be gone. It's about survival of different life forms."

His inspiration comes alive on tracks like Peace and Love, Man in Desperation and Spirit of Warrior. Enkrumah wore multiple hats on the album, including co-producer (with Paul Wexler), lead and rhythm guitarist and composer. Several musicians are featured, and even appear on the album's cover art, including percussionist Carole Steele, drummers Sly Dunbar and Steve Ferrone, guitarist Earl 'Chinna' Smith and the late keyboardist Bernie Worrel. His son, Michael Enkrumah Jr, also plays drums on the set.

When asked why he chose to release the album now, Enkrumah said it was never planned and that he only got a hold of the previous recordings in recent times. Those recordings were done at The Ranch studio in New York, and he completed the other recordings at a few local studios, including Tuff Gong and Caveman.

"My expectation for the album is that someone can listen to it and really like something from it and make sense out of it .... I will always love it because it's like a child. So I have to just pray that it does what it comes to do. I want to thank all the musicians who worked on the album and the people who took the time taking care of these tapes," said Enkrumah.

Son of reggae singer Ras Michael, Enkrumah was part of the Lion Hearts band in Washington DC, in the '70s, advocating for human rights through punk rock and reggae music. His albums include Wicked Walls and In This World.