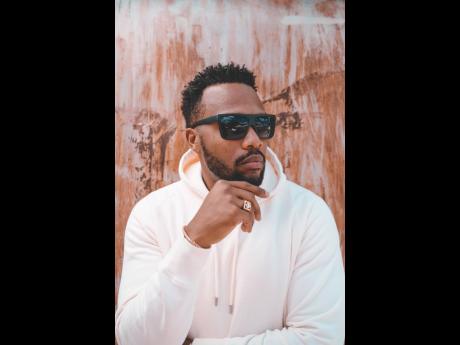 Agent Sasco has been occupied with different passion projects, one of which is his upcoming album.

"We have some writing sessions in this month and I want to deliver on an album by summer," the Winning Right Now entertainer told THE STAR. "By deliver, I mean it should be completed and then we decide when it comes out."

His critically acclaimed last album, Hope River, was released in 2018 and profiled the Kintyre, St Andrew, native's evolution in sound, style, and limitless scope when it comes to the future. It is with this sort of freedom that his new project is being sculpted.

"One of the most liberating things about music is doing it from a place of 'not having to do it'; there's a great freedom in that," he said. "I want to create from a place of passion and purpose and not necessity and I've pursued that and wanted that for a while. Mi nuh want nobody tell me bout no algorithm; I just waan do music."

His comments came after resigning a brand ambassador contract yesterday with the Recycling Partners of Jamaica (RPJ), another passion project. The entertainer is now part of the company's planning committee which is responsible for creating and executing cluster projects. He got a head start with such activities in 2021 when he spearheaded a recycling project in Friendship Gap, St Mary. As part of the committee, he will be bringing other communities into the fold.

"It's always so incredible to me that as a country that relies so heavily on tourism, that we treat the place the way we do," he said. "This is something I'm very passionate about - outside of this partnership - but it's what makes this partnership so fulfilling because I'm seriously passionate about it .... . I'm excited about the opportunity to continue and increase our efforts. I have some ideas that I'm confident will really have some impact and I'm definitely looking forward to it."

RPJ Executive Chairman Dr Damien King said it was a no-brainer to continue their partnership with Sasco.

"One of the problems we have is that Jamaicans tend to be distrustful of authority so we wanted to get an ambassador that is not only liked or loved by the public, but also respected as a public figure and celebrity, and in that regard, we could not have done better than getting Sasco to be part of this exercise," he said.