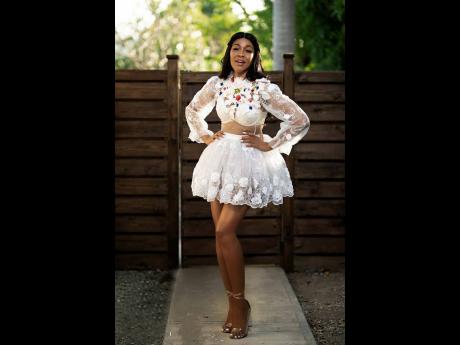 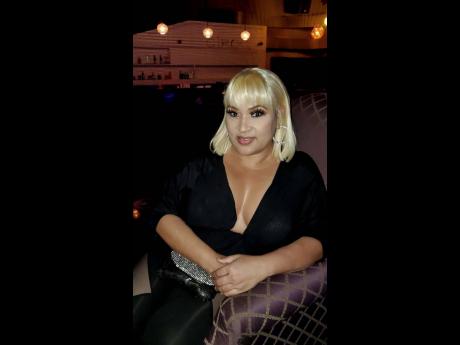 The women were captured belting out the lyrics to Baby Father, the collaboration D'Angel did with Vybz Kartel. At another time, haters would have said the moment was 'photoshopped'. But it's all good between the public figures who each share a child with dancehall veteran Beenie Man. D'Angel has been supporting Carlene's sweet potato pudding business, and Carlene has been doing the same for D'Angel's Xposed lingerie brand.

"It's not a front, this is natural for us," Carlene told THE WEEKEND STAR, adding that she met the artiste before she became D'Angel.

"She was a part of a group when I was doing Sashi [former three-day music festival], so that's how we had an encounter -- it had nothing to do with any man. She had a photoshoot and when she got there, they wanted something else and I had some clothes in my car so I put it onto her and pinned up the back because she was tinier than she is even now and we did the photoshoot," Carlene explained.

"There was no beef between both of us. Something was told to her and it was said wrong and so she reacted to it, but she was young. When she would have been with him, I was with somebody else and I had left him almost 10 years prior to her talking to him, so we had never had a beef because of him," D'Angel said.

Their misunderstanding became small and insignificant in the backdrop of fostering a healthy environment for their children.

"My son loves and adores his sister, they love each other," D'Angel said. "I think that is what really got me and Carlene to have this great relationship and for us to be so supportive of each other, because Marco Dean and his sister [Crystal] support each other so immensely, so it just transitioned to the parents. The love is genuine," she said.

For D'Angel, unity among women is critical as children live what they learn.

"It doesn't matter if you share the same father for your kids, there doesn't need to be any drama or animosity," she said. "I think it's better for the kids when you have an amicable relationship with whomever desires to have it. It's a better look and feel, and something that other women can look on to know that you can come together. It's remarkable."

Carlene added: "I would hope the message is that love is definitely way better and needed than anything else... This is what the world needs now."