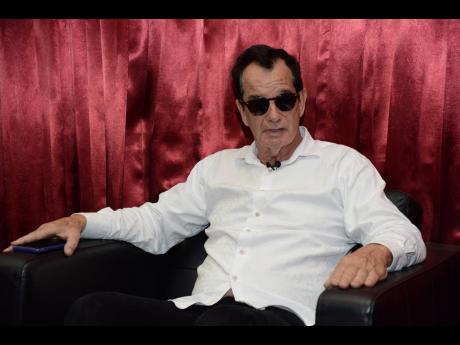 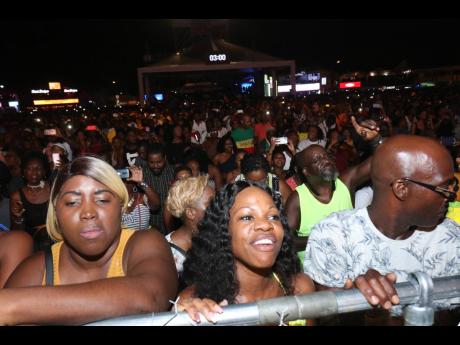 While he steered clear of disclosing numbers, Reggae Sumfest organiser Joe Bogdanovich urged patrons to get their tickets and accommodations early, and also to be early for the venue's 9 p.m. showtime.

"We start on time and we want to end by dawn," he said. "Everyone is gonna be encouraged to be on time, not only the artistes being on time and how much time they spend on stage which is down to the minute, but to also make sure the bands get there early like I asked them to do in 2019 and they did show up early." Bogdanovich said that there has been a "very good response" from ticket sales which went live last Friday.

"It turns out that both nights are pretty similar in terms of sales. It's probably a 10 per cent differential between Friday and Saturday night. It's still a little early to tell which night will be more favourable but if it's anything like 2019, they both will be very, very favourable," he said.

Dancehall and reggae's most current names fill the roster of Reggae Sumfest which returns to its Catherine Hall, St James, base in July, following a two-year hiatus due to the pandemic.

Festival Night One (Friday July 22) will feature heavy-hitters like Alkaline, Spice, Shenseea, Aidonia, Govana, Masicka, TeeJay and Intence, and those who shot to prominence during the lockdown: Skeng, Rytikal and Jahshii. Night Two (which follows) will unfold with big names like Beres Hammond, Sizzla, Dexta Daps, Koffee, Christopher Martin, Jada Kingdom, and again, those who found success during the pandemic: D'Yani, Yaksta, Nation Boss and Shaneil Muir.

Speaking on curating the line-up, told THE STAR, "We keep our ears and nose to the ground and we are interactive with what's going on and that's how we do it. We have a big team."

But being culturally aware doesn't make negotiations easy. Previous stagings have seen some acts decline when their prices were not met.

"It's never easy but sometimes we communicate well with the artistes and get them to understand what kind of platform it really is, Reggae Sumfest, and what that does for one's career and how favourable it is for their career. To understand that and to be able to take advantage and to market yourself properly as an individual artiste is key to earning more show dates. There are lots of opportunities to maximise your brand and your image by working with Reggae Sumfest and we're very excited about that."

The festival will also be doing a 'Madhouse Tribute' to esteemed producer Dave Kelly through performances by Beenie Man, Bounty Killer, Spragga Benz, Cham, Wayne Wonder, Frisco Kidd and Terror Fabulous. Bogdanovich did not want to say who will be closing each night, adding "it's too costly to talk about."

He added that his team is paying keen attention to avoid overcrowding, noting the current 70 per cent venue capacity restriction on large events.