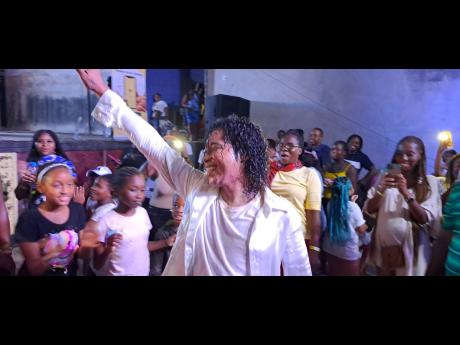 Hall acknowledges the crowd, especially the children who were thrilled with his performance. 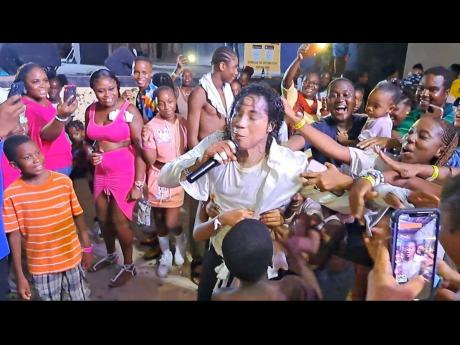 Nixon Hall, the Jamaican Michael Jackson, is embraced by adoring fans as he performed at the Ocho Rios Seafood Festival in St Ann on Independence Day. 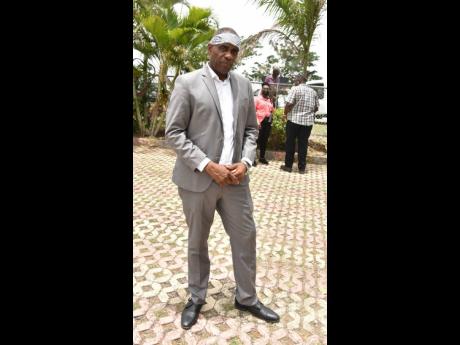 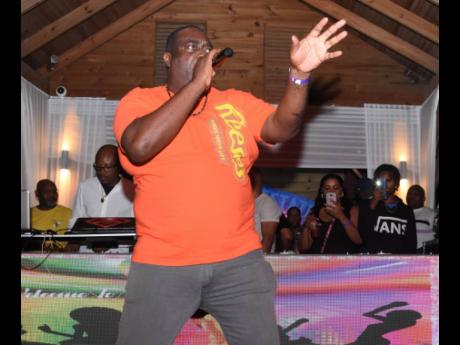 With the fair-sized crowd begging for more, Nixon Hall, who is better known as the 'Jamaica's Michael Jackson', gave a scintillating performance during the 15th staging of the Ocho Rios Seafood Festival at the White River Reggae Park.

Held on Independence Day, the festival lived up to its name and reputation despite the persistent inclement weather. But despite a line-up filled with veterans, it was Hall, who was clad in the traditional Jackson lookalike suit, who set the crowd alight. For the better part of 45 minutes, Hall performed all the moves reminiscent of the late 'King of Pop'. He thrilled the crowd by dancing to Jackson's popular songs including Dirty Diana, Beat It, Billie Jean and Thriller, before ending with Heal the World while making his way through the audience to greet his many fans.

"It was a pleasure performing for the people and I am so grateful for the opportunity to showcase my talent, "said Hall, who is a resident of Portmore in St Catherine.

"I take my profession very seriously and I rehearse every week so as to be in tip-top shape and to ensure that my dance moves are done correctly and with timing. The crowd was very appreciative and I felt their energy, which motivated me to step up my delivery. During the COVID-19 lockdown, it was a rather difficult period, but since entertainment has returned, I am doing quite well," he said. Hall admitted that during the lockdown, he gained weight as he was inactive.

"Dancing is my passion and I am determined to please my audience at all times. I have been getting a lot of bookings since the start of the summer and with each performance I am improving. The kids love me and the mothers are the ones that encourage me a lot. I believe in hard work and honesty and I am earning from my livelihood," Hall added.

Hall said that he first developed a passion for dancing in 1995 at age 15 and was inspired by Jackson.

"And a deh so mi start dancing at school [Ensom City All-Age School] and di principal did rate me, and so I started performing at school events and I became very popular. I went on a tour in The Bahamas with the Portmore Empire with Vybz Kartel and I-Octane in 2009 and spent four days there. Di three a we was the top performers on that show and I was featured in a newspaper in Bahamas as the 'Jamaican Michael Jackson'," he recalled. Though he dropped out of school, Hall's passion for dancing pushed him to pursue it as a career.

Hall said that years ago, he told his mother, who lives in America, that she would see him perform overseas, which she did in The Bahamas.

"I am grateful for the support from the people and I have an image to protect. I just want to be the best at what I do," Hall said.

Last Saturday, despite the weather, dancehall veterans Wickerman and Admiral Bailey continued the pace set by Hall. Wickerman, who appealed for peace and called on the so-called 'shottas' to stop the senseless killings, poured out several of his catchy lyrics before exiting the stage with his popular single Girls Dem Gungo Walk. Bailey also gave a cameo performance reeling off hits like One Scotch and Della Move.