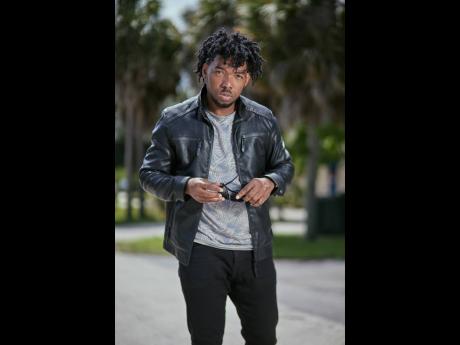 Recording artiste Sone G is bringing high energy while spreading the gospel, in his single, Spirit A Move.

Produced by DJ Shane of Heavenly Waves Production, he said that his inspiration comes from his love for the Creator and wanting to share his truth.

"Nothing is as good as knowing that the God of the universe is a friend. My experience growing up as a child is a big part of what gets me going musically. The passion that comes out is a product of what was instilled from way back then," the artiste explained.

Since its release, the dancehall-gospel song has resonated with many listeners and has been gaining much positive feedback and energy.

"I hope the song echoes loudly in everyone's spirit and maintains that energy to keep people encouraged and strengthened knowing the Lord is with them," he said.

The accompanying music video was directed by the artiste, who also took on the roles of lead producer, cinematographer and set design artist. Sergio Cavalieri was onboard as the lead camera operator for the shoot, which was done in Fort Lauderdale, Florida.

With his musical journey spanning over a decade, Sone G started out as part of a music duo in 2008 and has been on his solo path since 2018.

"As a musician, I would say I'm beginning to make that mark. I am still amazed that so many have been blessed through my ministry and the experience has been crazy good," the artiste stated, "I'm looking forward to a bright and prosperous future. Musically, we have a lot of projects to be released and we are thinking about the idea of an album soon."