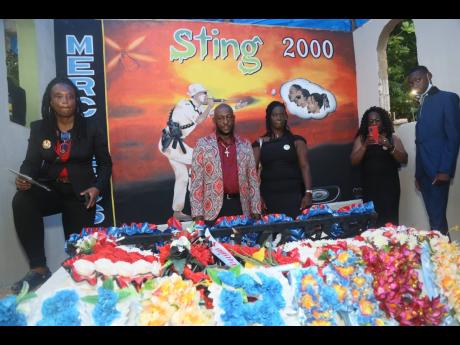 This mural captures the high point of Merciless’ entertainment career when he destroyed the trio of Bounty Killer, Beenie Man and Ninjaman at Sting 2000. 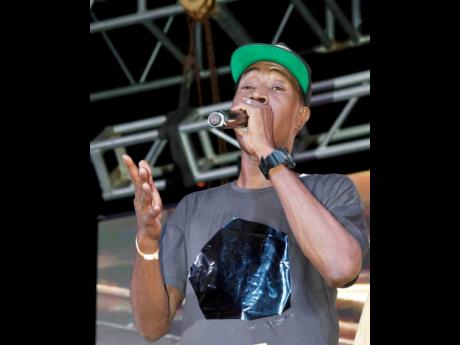 Dancehall selector and artiste Tony Matterhorn has expressed his disappointment at the dancehall fraternity's turnout at the funeral for dancehall artiste Merciless.

The veteran deejay was laid to rest on Saturday, following service at the St Gabriel's Anglican Church in May Pen, Clarendon.

Spragga Benz, Little Hero, Alize, Don Mafia, Silver Cat and Ghost where among the less than one dozen entertainers who turned up for the funeral. Matterhorn, who is overseas and did not attend the funeral, was peeved that more entertainers did not find it necessary to attend the thanksgiving service.

"The entertainment fraternity of Jamaica show seh unuh doh have no humanity. True Merciless neva currently hot when him drop out none of unuh nuh guh the man funeral thinking nobody nah guh notice," said Matterhorn on social media.

"Yuh nuh see the people dem notice the handful of people who were there - the handful of celebrities that were there. That mean none of unuh neva deh deh," added the entertainer who is overseas.

Merciless, whose given name was Leonard Bartley, was found unresponsive in a motel in Kingston on July 19 and was later pronounced dead at hospital. He is the voice behind hit records such as Let Dem Have It, Whodini, Ole Gallis, Whaddup and L ong Till It Bend, featuring now gospel artiste Marion Hall, formerly known as Lady Saw.

Dancehall artiste Red Rat, who tuned into Matterhorn's live commemtary, commented that the artistes who were in Jamaica attended the funeral. Matterhorn responded by listing the names of those who were in attendance.

"So wah you a try tell me seh, is only five to six artistes deh inna Jamaica?" he questioned.

Tony Matterhorn got his start in the sound system world in the 1990's. He later took his shot as an artiste with the hit single Dutty Whine which dominated the airwaves in Jamaica after its release in 2006.

"When unuh nuh stand up fi one of our fallen soldiers, who a guh stand up fi we as a movement?" Matterhorn asked as he continued to chastise the artistes who did not show up.