D Fancey ready for the spotlight 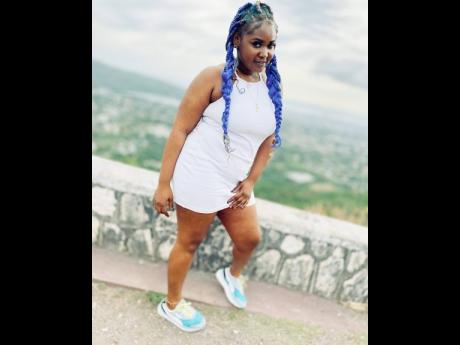 "From as early as I can remember, music has always been a part of my life. When I was a child, there was always some kind of music playing in the house. Music has played a therapeutic role in my life. So, choosing a career in music was a very easy choice for me," said the artiste.

The vivacious deejay said that it's time for females to play a bigger role in the music industry.

"I'm happy to see that there are a lot of female artistes doing well in the business, but I'd love to see women playing a much bigger role in music. I think the time has come for more women to get involved in other areas of the business, including music production, artiste management, and publishing," she said.

She recently teamed up with veteran deejay Joseph Stepper to remake his iconic 1990s hit, Wife.

The new version, which is titled Still Wife, was produced by Britlake Records on the 'Art A Dancehall' rhythm and released in August.

"I'm honoured to be featured on this iconic dancehall song with Joseph Stepper. He is one of the foundation dancehall artistes of the '90s. This is a good look for my career," she said.

She launched her recording career in 2021 with a single titled Never Give Up on the Shot Stunning Production label.