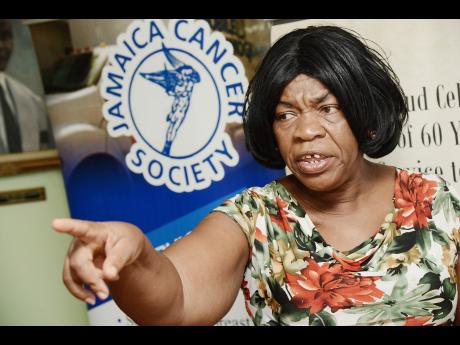 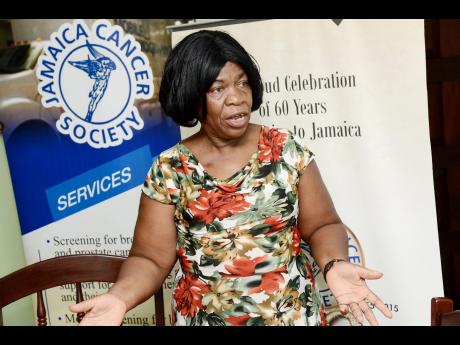 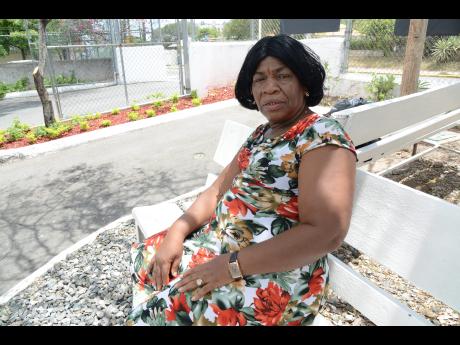 Nine years after she was diagnosed with breast cancer, Sonia Linton is testifying that cancer does not mean the end of the road.

"I will die one day," she told THE WEEKEND STAR, "but I know it will not be cancer that kills me."

Linton is among several cancer survivors who will be taking part in Relay for Life this weekend.

The survivor is proud of her fight against cancer and wants other and survivors to adopt this posture. She said it is important for people to recognize that cancer is not a death sentence.

"You can live after cancer, just trust in God and do what the doctor says," she said.

Linton was diagnosed with breast cancer in 2007 and later had to do a mastectomy.

She explained that her decision to visit the doctor came after she returned home from church feeling a gas-like pain.

"After I feel under my arm and find a lump, I told my daughter and she said I have to visit the doctor," Linton told THE WEEKEND STAR.

Linton said she was first told by her doctor that the lump was not cancerous, but opted to have it removed. It was after removing the lump that she was diagnosed with breast cancer.

"I don't know if it is because I am a child of God, but it wasn't so hard when I heard," Linton told THE WEEKEND STAR, adding, "but I was wondering what am going to do. I remember saying 'God, if you draw yourself from me what must I do'."

Linton said her belief in God and support from her family made dealing with the sickness easier.

"My husband [is] very supportive. He was even sicker than me because he lost a lot of weight and I didn't lose a lot. He was fretting even more than me. I couldn't ask for a better husband," said Linton.

The proud wife and mother praised the initiative of American Paulette Leaphart, who has embarked on a topless 1,000- mile walk in the United States, to raise awareness of breast cancer.

"Wow, I think she doing a great job. I could put myself with her because I am not ashamed of losing my breast. I lose one and, even when I'm at home, I don't wear bra, so one up and one down because I realise I don't buy it on myself, and I don't go to shop and pay for it, so nothing to feel shame about."

Leaphart, who had a double mastectomy in 2014, has embarked on the walk in a bid to not only raise awareness about breast cancer but also to remove the stigma of mastectomy scars.

Linton told THE WEEKEND STAR that while there is no 1,000-mile walk being done in Jamaica, organisations such as the Jamaica Cancer Society (JCS) put on events to raise awareness about breast cancer.

"We do 5Ks and, even on our own, we do walks because the exercise is good for us."

Relay for Life, is organised by JCS, is an initiative aimed at celebrating the triumph over cancer, spreading awareness about the illness.