I will rise to the top says Senita 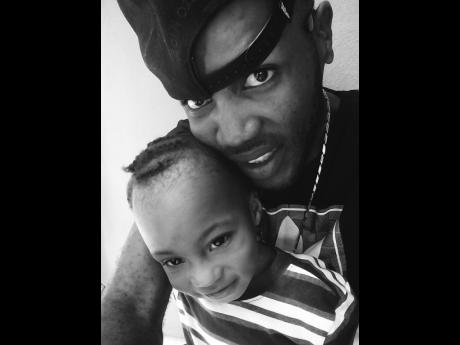 Despite placing second in the Magnum Kings and Queen of Dancehall competition in 2008, the rise to stardom for recording artiste Senita has been a rather slow journey.

Lauded by Skatta Burrell for his lyrical capability, Senita believed his transition into becoming a successful commercial act would have been smooth sailing. Seven years later he awaits that elusive breakthrough, but is optimistic he will reach there.

The deejay who now dabbles with studio engineering, pointed to poor production and industry politics as reasons for his slow rise to fame. However he has taken the time to hone is craft and raise his son. The artiste also said despite minimal commercial success locally, music has been his main source of income courtesy of gigs and dub-plates, using the Internet to tap into the European market.

"I have been doing music everyday, writing songs, doing dub-plates, performing at shows in Portmore, giving back to charity and raising my son. I am also an engineer now because I endured too much poor production so I decided to learn the art of studio engineering and right now I am one of the best in my area," he said.

With songs like Don't Stress, Life A Nuh Bed A Rose and We Nuh Easy, Senita's rose to fame in Portmore headlining several shows. The entertainer was among the hottest up-and-coming acts receiving commendations from several industry insiders, many comparing his lyrical skills to that of veteran deejay Assassin.

"The goal after placing second in the competition was to get as big as can be. Second place got no money so the goal was to make the talent speak for itself and be the man musically. The experience was great and I am grateful for the exposure and I was a winner in the eyes of the people. I had recorded songs with a lot of producers following my exit from the competition, but the production wasn't always good and that held me back. So that is why I decided to learn how to engineer," he said.

The entertainer also explained that the music industry is not built to facilitate an easy route for young artistes. However he does not blame the gatekeepers.

"Mi buss already suh it's not a thing she mi a try fi buss because I am a recording artiste. Everybody has ups and downs and sure politics involved as well but wi expectations always high. As an up-and-coming artiste there are levels and guidelines which you should follow before you think you are ready for the spotlight. Bounty and Beenie had to go through it in their earlier days. Music is not a joke its like a regular 9-5 and so artistes should prepare themselves and you cannot be denied when the time is right. The people who blocked you once will start running to you. So just work on your art," he said.

Senita is promoting a single titled Dead Beat Dad, which can be viewed on soundcloud.com. He is also working with Deciphered Audio records and is expected to release a new single titled Tek Di Place featuring veteran deejay Sleepy Ranks. Fans can keep up with his music by subscribing to his YouTube page titled Senita Mogul, his Instagram @Senita111 and Senita Mogul on Facebook.