God has always been protecting me 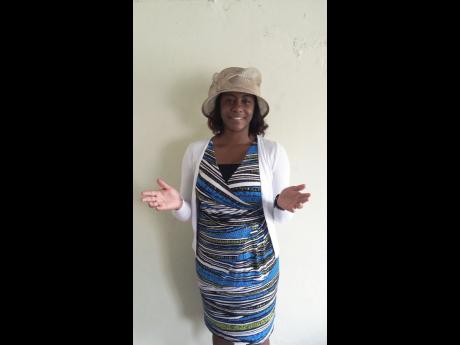 The Lord has promised, based on His Word in the Bible, that He will protect His children from all harm and danger. Well, Annakay McDonald-Davis of the Sanguinetti New Testament Church of God in Clarendon has testified that that promise she has identified with.

McDonald-Davis, who currently serves as secretary for Family Training Hour at her church, shared with THE STAR's Testimony recently that she can brag that the Lord has always been protective of her from all harm, even before she surrendered her life to Him on December 31, 2009, during a Watch Night Service.

"I remember before I got saved, I used to teach in the parish of St Elizabeth. I travelled to and from St Elizabeth every morning and evening. One evening while travelling from work, upon reaching the Mizpah All-Age School in Manchester, I saw a truck coming down the hill on two wheels," shared McDonald-Davis.

The young woman of God noted that she was sitting in the front passenger seat of a car which was being driven by her husband-to-be. She said the truck was coming down at a dangerous speed towards their vehicle; and all she could do was to scream out 'Jesus'.

"I closed my eyes and all I could hear after that was a loud crash. The truck, which was heavily laden with flour, overturned on its side. When I opened my eyes and saw that we escaped being hit, and worse, being killed by the heavily laden truck, I started to thank the Lord for delivering us from what would have been a horrific accident," shared the churchwoman.

She added that persons who arrived on the scene and who saw what could have happened to them came rushing over and were asking where are the persons who were travelling in the motor car, because they thought she and her companion were pinned underneath the truck.

McDonald-Davis further testified that when she told the onlookers that she and her companion were the persons who were in the motor car, they were all astonished because they could not fathom how they were able to escape being killed by the truck.

"All I could say was that it was the mercy of God that saved us. To God be the glory. I am alive today giving God thanks and praises for His mercies towards me," testified McDonald-Davis, who is encouraging all persons to get closer to God because His mercies endureth forever.