Harland Fairweather : He should have taken singles 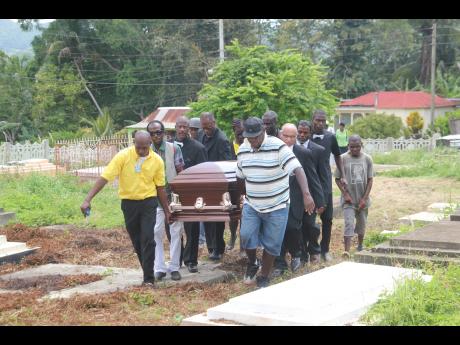 Pall-bearers carry the casket of Harland Fairweather to the grave side at Duanvale cemetery. 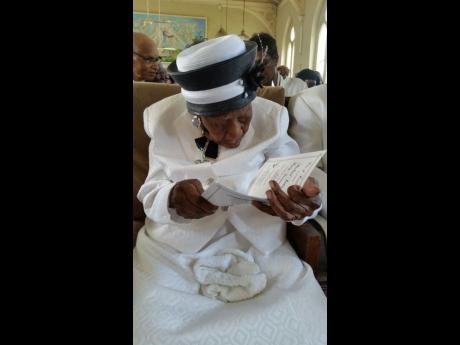 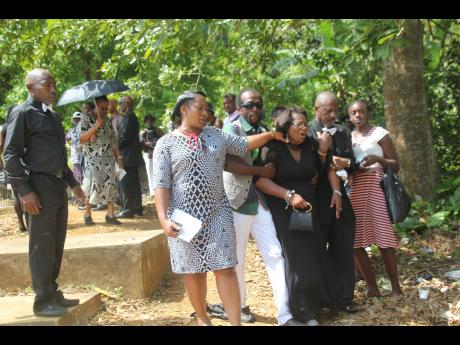 A grieving daughter (centre) being consoled at the cemetery.
1
2
3

Violet Brown, the world's oldest person, said on Saturday that had her son Harland Fairweather taken her advice, he would have made it to 100.

Fairweather, 97, died just four days after his birthday at his Duanvale, Trelawny, home on April 19.

"I told him at 97 that he should move to the century in singles. He tried to hit a four, and see it there, him dead," Brown said, looking in the direction of Fairweather's coffin. Her remarks caused an outburst of laughter.

Brown turned up at the funeral held at the St Michael's Anglican Church in Clark's Town, Trelawny, in a limousine and was greeted with flashing bulbs from the cameras, including those of the media. As she entered the church, Brown paused by the coffin, took a look at her son's body, wiped tears from her eyes and then proceeded to her seat. Soon, her lips began to move as she read the funeral programme quietly.

Fairweather's younger brother, Barry Russell, in his tribute, remembered him as a kind and loving individual, who lived by the motto, 'Never look down on anyone unless you were going to pick him up.'

Lloyd Vermont, who gave the remembrance, said Fairweather was a master tailor and entrepreneur who took his skills to England, where he lived for over 39 years.