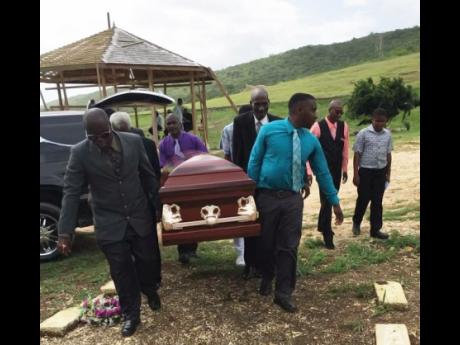 Saturday, May 27 was a special day for the residents of Rosemount, in St James. It was the day they got to say a collective thank you to community icon, Clarise Maud Bowen. Her funeral was held at the Rosemount Missionary Church in Montego Bay.

“She was a woman of principle and discipline, who treated all the children as if they were her own children,” said Jacquline Lawson-Kerr, who grew up under the watchful eyes of Bowen.

Tashna Locke-Sinclair, Bowen’s granddaughter, said her great strength was her ability to listen to a problem and then provide appropriate advice and guidance.

“She was always there to provide sound advice when there was a problem to resolve,” said Locke-Sinclair.

“The other side of her was that great sense of humour that touched many hearts ... It usually brings her much pleasure and satisfaction to make someone burst out in laughter.” (sic)

Courtney Locke said his grandmother, who worked as a housekeeper for 45 years at the Half Moon Hotel, was special.

“The entire community has lost a special woman. A woman who treated people well and was greatly admired,” said Locke.

“She took her church, her God and her principles seriously. She never wore a pants in her life. She just felt it was not right,” he said.