Where Are They Now? : Ben Johnson seeks to find next Usain Bolt 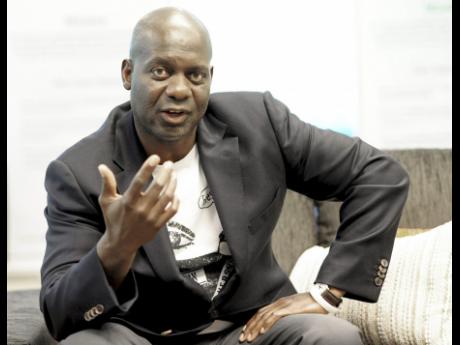 For several hours following the 100 metres finals at the 1988 Olympic Games in Seoul, South Korea, Ben Johnson stood on top of the world. The Falmouth native, who was representing Canada, had crossed the finish line in front in the star-studded field.

However, unfortunately for Johnson, he never collected the much-desired gold medal, as subsequent to the race, the world was told that he had tested positive for a performance-enhancing drug. He was disqualified and forced to leave the Games' village in disgrace.

"No matter what may be said, I won that race in 9.79, a new world record," said Johnson, who still resides in Canada, but is harbouring thoughts of returning home to Jamaica.

"Since then, in six of the last eight Olympics, Jamaicans have won ... Linford Christie in 1992, Donovan Bailey in 1996, and Usain Bolt has won the last three."

Unlike many Jamaicans, Johnson is not worried about what will become of Jamaica's male sprinting when Usain Bolt retires this summer. According to him, Jamaica is a 'sprint factory.'

"There is no need to worry about Bolt's retirement," said Johnson, who started running in the shadow of his older brother, Edward Johnson, while they were growing up in Falmouth.

Johnson, 55, who currently coaches African-American and Canadians athletes in Canada, wants to play a part in the development of new Jamaican sprinting talent when he resettles in Jamaica.

Had the best start

"I would also like to coach some youngsters and help to discover the next Usain Bolt right here in Trelawny," said Johnson, who recently visited the island.

"I had the best start in my era. Nobody has been able to copy me. When I spread my wings and got up, I was gone. I would love to teach that to some Jamaican kids."

Although he is currently not a certified coach, Johnson said his past success is enough to draw aspiring athletes, who need expert guidance, to him.

"The powers that be don't like my name and are always trying to put stumbling blocks in my way."

When he comes back to Jamaica full-time, the veteran sprinter, who was guided to global success by elite coach Charlie Francis, says he plans to follow in the footstep of his late father, Benjamin Sinclair Johnson Snr, who was an avid beekeeper.

"I plan to get into farming, specifically beekeeping," said Johnson. "I grew up seeing my father in beekeeping. It has always been something I love," he said.