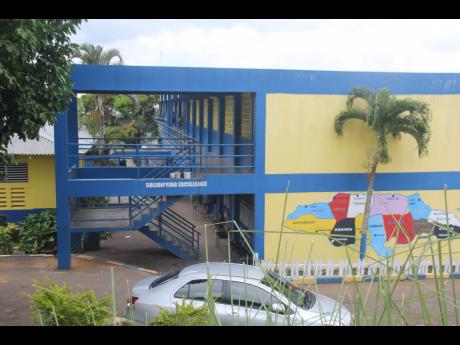 Principal of the Wait-a-Bit All-Age School in Trelawny, Ted Jones, says that the institution has been expanding its sporting programmes to provide a rounded learning environment for its 493 students.

Jones, who has been at the helm of the institution since 2009, told WESTERN STAR that the programmes have attracted support from members of the international community.

"Our students participate in a number of extracurricular activities. The 4H Club is very vibrant. Our sports programme exposes our students to a wide variety of sports," Jones told WESTERN STAR.

"Just recently, the Japanese constructed a multipurpose court for us. Three courts are marked on the court, giving the students the opportunity to play basketball, netball, and volleyball. In addition, we have two table tennis tables," he added.

The school was founded by the Anglican Church, which had established a congregation in Wait-A-Bit in 1891. They were interested in bringing Christianity to the residents in the area, as well as formal education so that they could eventually read and write. Anthony Gayle was its first principal.

The school remained on the church grounds until it was moved to its present site in 1951.