Testimony : God is the ultimate healer 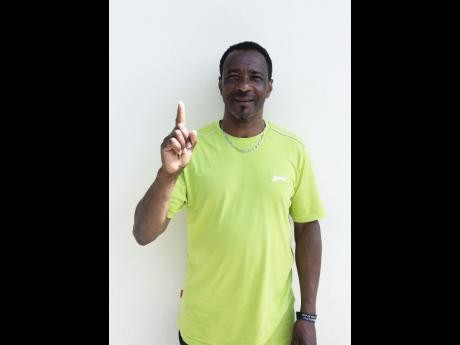 The Lord promises never to leave His people or forsake them, neither will He give them more that what they can bear.

Well, this was evident recently in the life of Moses Cohen, a Jamaican Christian who currently worships at the Lee New Testament Church of God in London, England.

Cohen, who currently drives the Sunday school bus for his church, serves as an usher, sings on the men's choir, and has been saved for over three years.

He shared that he was ill recently and received his healing from the hands of God.

"While I was going through my illness and had an operation done, I realised that the medication prescribed by my doctor was having a negative effect on me. This caused me to develop an internal bleeding," said Cohen.

At one point, he decided to discontinue taking his medication. But he had other misfortune, including both his vehicles being hit while parked.

"But because of my belief in God, I just told Satan that he was a liar because it was the works of the enemy to test my faith," said Cohen.

He told himself that the doctor had already done enough regarding his illness. He added that his wife told him to go back to the doctor, but he decided to put his faith into action instead.

"I started to pray and I said 'God, I am a child of a King, I have been worshipping and praising you, and you are going to turn the situation around if you need me for your purpose; I need to go back to church, I am very active in church as well, and I need you to take me to a different level'. I then started to claim victory," testified Cohen.

One day Cohen decided to attend church to get his deliverance. While there, the preacher said anyone who wanted to be delivered should go to the altar. Cohen never hesitated.

The preacher placed her hand on his stomach, and he said he went back home after the service. The next day he was able to get out of his bed and attend work.

"The enemy said to me, 'You cannot go to work, what if something should happen to you while you are at work?' I told myself that I was not going back on my word because I had already claimed my healing. So I was going to work in the name of Jesus that Monday morning," he said.

Cohen said he attended work and nothing has happened from that day.

He said his bleeding stopped immediately, evidence of immediate healing, because he trusted God from his heart.