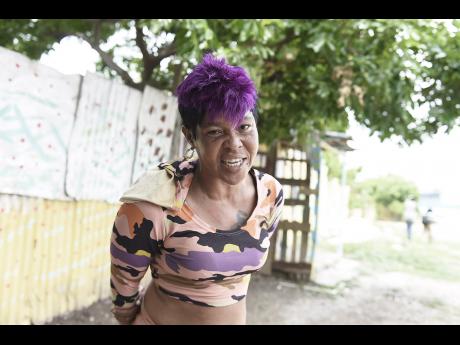 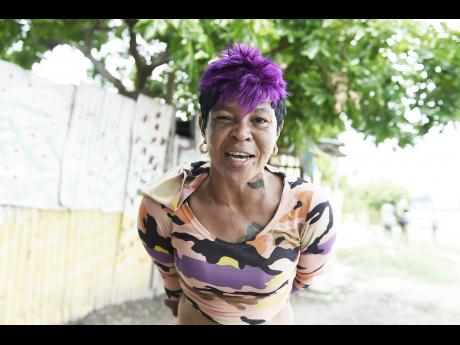 Bridgette Bailey, popularly known as Tutty Gran Rosie for her video interview on her flooded home on Sunlight Street in Kingston.
1
2

It has been four years since Bridgette Bailey, more popularly known as 'Tutty Gran Rosie', went viral for her hilarious interview in which she demanded justice for her flooded house on Sunlight Street in Kingston 13.

The video footage is still making the rounds on the Internet, but Rosie's attempt at an entertainment career following the video has faded since she got her 'Tutty Gran Buss'.

Now 44 years old, and a mother of nine, Rosie, said not much has happened for her despite the huge publicity she got in 2013 when her interview was remixed into a song.

She told THE STAR that she wished she had copyright her intellectual content so she could collect royalties from it.

"When me get this 'Tutty Gran buss', I didn't understand it so much for me to go and register [for copyright]. All of that make me drop back, nearly mad, because me no get nothing. When mi call a media personality about it, she said I can't do it again because everything gone bad," Rosie shared.

"A strong mi strong mek me no mad. It come in like all mi head wah take mi. All ZIP play me song every Saturday morning, all foreign it deh, everything wha happen, a me them put up. Wha day yah when Usain Bolt lose a race, a me them put up. Me big, me large, so how mi no get nothing?" Rosie lamented.

Following the 'Tutty Gran' interview/song, Rosie was propelled on to the entertainment scene, where she made an appearance at the world-renowned Reggae Sumfest and voiced a single with QQ called the Tutty Gran Wine. However, her buzz eventually faded.

In the interim, she said she has been continuing her trade as a hairdresser, and she also dabbles in dancing.

But now, Rosie said she plans to make a big comeback on the entertainment scene, this time alongside her 24-year-old daughter, Sangalita.

"Sangalita head hot. She can DJ, she can sing, she can do her thing, that's why me did want me and her go out there to go ride the rhythm. A she me a wait pon fi touch out, and it's not a 'tutty gran' touch out, a real touch out, and we ain't looking back!" Rosie asserted.

However, she shared that Sangalita is dealing with some health concerns, so they are working on having that rectified.

Rosie said fans can look out for a song she is working on which reflects the reality that she is yet to be compensated for her 'ratnot' and other items that were damaged during that 2013 flood.