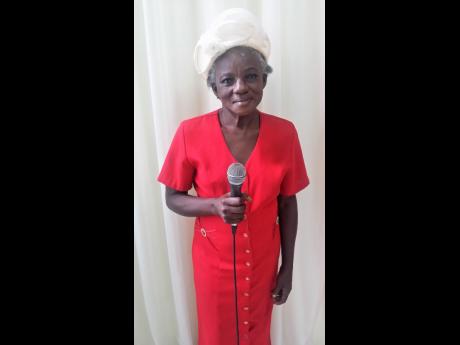 When Ulett Powell of the Sanguinetti New Testament Church of God in Clarendon decided to be baptised a second time recently, she made it absolutely clear that her second immersion was not being observed because she had backslidden.

She made it clear that she was again observing the sacred act because she was indicating publicly that she was strengthening her commitment with God.

"It is not that I have backslidden why am being baptised again. I was in church one Sunday, and after service I went to pastor and told him that I did not feel a hundred per cent committed to the Lord, and therefore I wanted to be baptised. I am asking you brethren to pray for me. Whenever you don't see me, please pray for me because I have a determination to make it into Heaven," testified Powell.

Powell, who has been following the Lord for more than three decades, told the congregation before her baptism that the Lord has taken her through a very long journey, and at times it appeared as if she had fallen in her faith. But the God-believing woman made it clear that God has raised her up.

She added that one night she went to bed and the Lord spoke to her and told her she should get baptised again. Powell told the congregation that when she mentioned it to relatives, she was told by one that water does not was away sin. However, she made it clear that she was not going to be baptised again because she sinned.

"I told them that I did not sin, but that it came to me that I should do it once more. So I just want you to pray me up so that one of these days when Christ returns I will be able to make Heaven my home," Powell said.

Issuing his charge to the congregation before Powell's baptism, pastor for the church, Bishop Donald Dawson, warned that any member of his church who goes back into the world and commits sin must be prepared to be baptised again.

While not insinuating that Powell is guilty of that, Dawson said he was not going to allow any member who commits sin to be a part of his choir, dance group or play any leadership role, unless they repent and be baptised over.

Dawson, while praying for Powell, asked God to allow His anointing to rest upon her. He begged God to anoint her so that when she was out of the water she could leave rejoicing and will be mindful that she is a new creation.