God chased away the demons 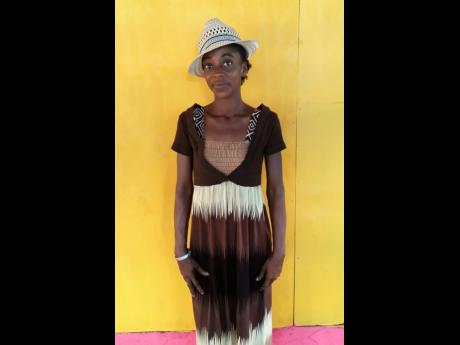 She got saved in 1999, but fell from grace at some point in her walk with God.

"When I left the journey, all sorts of things started happening to me, and I decided to go back to God. When I went back to a life of sin, my body was attacked by demons. After that I was diagnosed with an illness and was at home, couldn't do anything for myself. I had to be back and forth going to the doctor and taking medications," said Royal.

She said she went to her current church one day after she was invited.

"I was invited several times and I kept putting it off and did not attend, until I made up my mind and went. I went one Wednesday, and when I was there the bishop at the church prayed for me ... he prophesied in my life about what I had been going through," said Royal.

She said that she felt delivered after the service, and stopped attending. She, however, decided to go back to the church a few months ago, and attended the final day of a three-day pastoral convention.

"When I arrived a minister was doing the sermon, and when the altar call was extended, I stepped outside to make a phone call. When I was finished making the call I went back inside and saw everyone at the altar. I was the only one who was not there," said Royal.

OUT OF HER MIND

The minister touched her and whispered in her ear. She said in no time she found herself lying on the floor. She said she felt as if she was out of her mind.

Royal said that she was able to hear the minister but was unable to see him.

"A voice kept saying 'out of her, out of her' several times while I was there under the anointing of the Holy Spirit. When I was raised up, I was speaking. However, while I was speaking it was not me, but the demons who were speaking back to the minister," said Royal.

She said she heard the minister telling everyone to leave. She added that the minister called her current bishop of the church to anoint him (the minister), because what was happening was bigger than him; there were many legions to deal with.

"When I was coming back to myself I heard the minister asking the demons who sent them. It was not finished there because a lot of stuff came out of me," she said. She went home the following night and said that sometime after midnight, something came over her and she knew that it was the hand of God. It was at that point that she felt something leaving her body.

"It was right there that I got my complete deliverance. I was just there shouting and doing what the Holy Spirit asked me to do. At about sometime after 4 a.m., I ran outside the veranda and my daughters came out with me. I was there shouting and thanking the Lord. The following day, it's as if it was not finished. I kept hearing a voice saying 'no trace, no trace, no remainder must be left back'," said Royal.