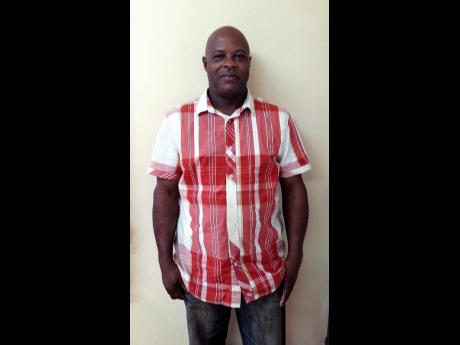 Samuel Deacon currently serves as a deacon at the Bride of Christ Church of God at Alston in the parish of Clarendon.

He has been a born-again Christian for 40 years, and said he has no regrets walking with the Lord, because He has been good to him.

Deacon, who also serves as acting pastor, shared that the Lord has done many wonderful things in his life, and He must get his praise at all times for all His benefits towards him and his family.

"I was struggling financially for a long time, and God has done so much to assist me over the years. I am married and have children. It came to a time when my children were to start university, but financially, I was not in a good way," shared Deacon.

He stressed that he prayed to the Lord and started selling ground provisions with a panel van he has.

"I was doing that for a while and it was really difficult, because I was unable to make ends meet," said Deacon.

What he was making from the activities was still not sufficient to properly take care of his family's needs, so he had to start thinking about what else to do.

Deacon said he prayed to God for some years and was not getting through with anything substantial for him to make a satisfactory living.

"But I want persons to know that prayer really changes things. I said to myself one of the times, that if I could get a job to do driving then I would be happy," he said. "I checked several places and was not successful in getting a driving job. At one time, I got a call from as far as Kingston from an institution. I went and was given a test drive by the owner of a vehicle, and the first thing the man told me is that I could not drive."

He continued praying after his disappointment.

"And one day I got a call that another driving job was available at another institution. I don't know how that worked, because the person who called me never had a clue that I wanted a driving job. I was really in need of the job and I got the call that if I needed the job I should come in. I got the job, and the rest is history," testified Deacon.

The man of faith said that if he was not a praying human being he would not have been employed.

He said he will always be grateful to God, because at the times when he needed Him, He came through for him.

Deacon stressed that God must at all times be praised, and all must put their trust in Him, because He cares for us.