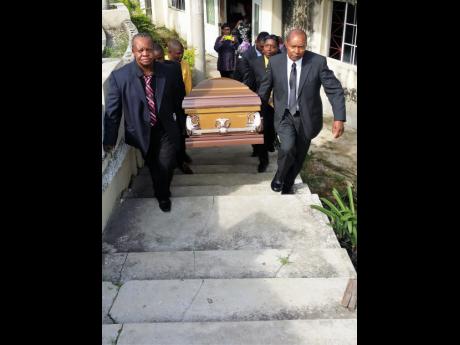 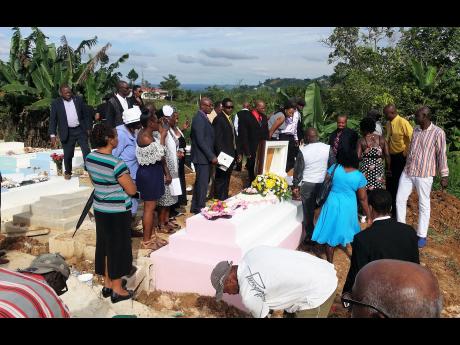 Caring, dedicated, hard-working and kind were some of the adjectives used to describe Icelyn Mayne at a thanksgiving service held for her at the Sanguinetti New Testament Church of God in Clarendon last Saturday.

Mayne, who passed away peacefully on November 13 after a long illness, was sent home with glowing tributes from those who knew her well.

Minister Glendon McDonald, who moderated the thanksgiving service, told the gathering that his late church sister was a most lively worshipper at the church, where she was a member for decades.

"Sister Icy was very dedicated to the Sunday school at this church. She always sent her children here. She was dedicated to rallies, loving, and kind, and at times quiet; and she was a woman who supported our annual church functions with all her heart," said McDonald.

Pearl Haynes, sister of the deceased, said she always had good times with her. She shared that they had great times attending Sunday school as children, and said Mayne always had a desire for God and His work.

"She had a rich experience with the Lord. He was her personal Lord and Saviour. Because of our closeness as sisters, I will now have to get used to not receiving my regular calls from her," said Haynes, who also used the opportunity to tell mourners about God and why they all need to keep close to Him.

Haynes said Mayne told her that she was well prepared to be with the Lord. Haynes also expressed joy at Icelyn's release from the pains she experienced during her long illness.

Mayne's cousin, Dalbert Powell, delivered the eulogy, describing her as a kind and caring individual who touched many lives in various ways. But he also lauded her culinary skills.

"She was very skilled in the kitchen. She was great at baking almost everything. She was a most supportive woman to many, especially at the Percy Junor Hospital in Spaldings, where she worked for a while, putting her culinary skills to great use," said Powell.

He also shared that Mayne surrendered her life to the Lord in the early 1970s, and she had a passion for the shut-ins.

Mayne, whose body was interred at the Spring Ground Cemetery near Spaldings, was the second of four children born to parents William and Mary Mayne at Cobbla in Manchester, on February 22, 1937. Her early education was acquired at the Sanguinetti Elementary School (now primary) in Clarendon, before she entered the working world.

She leaves behind sons Winston and Rohan, daughter Sharon, three grandchildren, two sisters and one brother, and a host of other relatives and church friends.