Turn to the Lord in difficult times 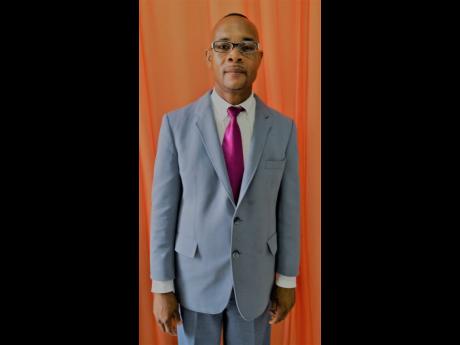 There have been many reports of near-death experiences by many persons over many years. Well, Gary Peart is one individual who has had such an experience.

He testified that in 2007, he was travelling on the road from Brown's Town to Alexandria in St Ann when his life and that of his wife were saved by the Lord.

"There is a section of that road that does not have any sidewalk and only has a stone wall on the other side. On the right side - that is when you are travelling towards Alexandria from Brown's Town - there is a precipice. We were on our merry way home when suddenly, out of the blue, appeared a truck which was overtaking a car," said Peart.

He shared that he flashed his headlights at the approaching truck and blew his horn, but the speeding truck failed to reduce its speed. Peart said that he almost panicked because he had nowhere to go to escape an accident with the large truck.

"The driver of the truck still proceeded to overtake the car while heading towards me on my side of the road. I had to say to my wife, 'What is this?' I pulled as close as possible to the corner and cried out, 'God almighty, this is it," testified Peart, who worships at the Sanguinetti New Testament Church of God in Clarendon.

The young churchman, who is also an insurance agent, said that while the truck was coming towards him, he closed his eyes and prepared for an impact.

"With my eyes closed and [while I] was there preparing for the impact, I heard when the truck passed, and when I opened my eyes, I did not see the car. God was really merciful. It was either me or the other car driver. The truck pushed the car over the precipice. If it was not for God, we would possibly not been here today," noted Peart.

Based on his experience, Peart is encouraging persons to allow God to deal with difficult situations that they are faced with. He said that God will never fail us. He says that all we have to do is have faith in Him and trust Him, and He will do the rest.