Testimony: God is always on time 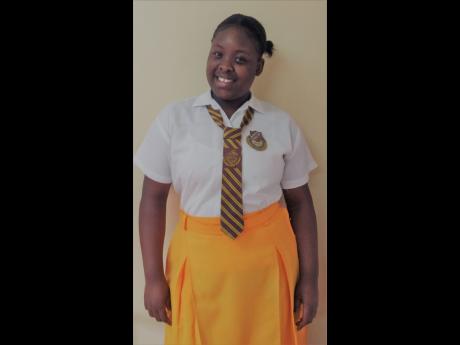 Persons always testify that the Lord continues to answer their prayers, especially when they pray asking God to help them in certain situations.

Well, Shanice Bailey, who worships at the Christ Cathedral at Pike in Manchester, can identify with that. She testified that while she was in second form at her high school, her parents were expected to pay school fees for her. However, they were unable to find all of what should have been paid, and so, she sought the help of God through prayer.

"My parents did not have the money at the time to pay for my tuition. They got some of what was required. I prayed and told God that I really wanted to attend school and that I did not want to face any embarrassment or anything," said Bailey.

She shared that a week after she prayed to the Lord, she saw her father, and he told her that he got the money to pay for her tuition. Bailey said that she was elated because she really wanted to attend the school where she was placed. God saw it fit to bless her by allowing her father to come up with the funds.

"He is really an on-time God. He answered my prayer and prevented me from being embarrassed by providing for my father so that he could pay my school fee. I was really worried that I was going to be embarrassed. I was wondering if I was going to be taken out of the classroom if the fee was not paid," testified Bailey.

She stated that after her father presented the money to be paid, she was elated. She said it could not have been anyone but God - he provided the answers to her prayer. She added that she and her parents didn't a way out, but God supplied her need at the right time.

Bailey shared that she went back on her knees and prayed and expressed thanks to her Provider. She added that it is very important for individuals to pray and ask the Lord for help whenever they are in need and cannot see a way out.

She was quick to point out that after she prayed to God for help, she had some doubts as to whether or not her prayer would have been answered. The young believer added that she needed to lift her faith in God and be more confident that He would have supplied her need.

Her recommendation to persons who might be going through a similar experience is that they should pray, trust the Lord, lift their faith, and give thanks to the Creator. She also pointed out that the Lord has come through for her on other occasions.