My Testimony: Only God puts Leonard Cohen in high spirits 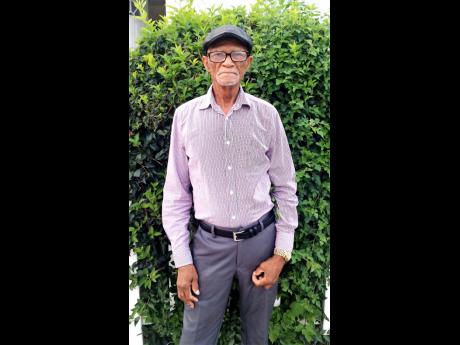 Leonard Cohen started his Christian walk with God in September 1962. He said he used to do a lot of ganja smoking before God called him away from his sinful life.

Since his transformation, Cohen, who is a deacon at the Sanguinetti New Testament Church of God in Clarendon, said that he has served in every area of church life, including as president of the men's ministry.

"I was as wild like animals in the bush. I was disobedient to my father. I never attended school much because I hated school. I was a ganja smoker, but the ganja smoking stopped one morning while me and my brother and a friend were on our way to work in the field," shared Cohen.

He recalled that he had stopped at a shop in his community when a stranger approached and started preaching a message.

Though unable to recall what the message was entitled, Cohen noted that it touched his soul.

"When the preaching ended, I felt so different, and then I went to work in the field. I was convicted that day. My brother and my friend sought to find out what was happening to me because they were of the view, and rightly so, that I was not the same person they knew," said Cohen.

Deep inside, Cohen knew that he had changed for the Lord.

"I went home the evening. I took out some ganja from my pocket and made a spliff. I took a draw of the spliff and inhaled it, and my head started to open and close. I made a second attempt and the same thing happened. I then threw it through the door, and that was the end of ganja smoking," said Cohen.

ARRESTED BY THE HOLY SPIRIT

He stated that another evening, he was returning from his field when he heard some church veterans praying. Cohen said he was 'arrested' by the Holy Spirit.

"I could not move. It was the sweetest prayer I had ever heard," he said. A member of the group later asked if they could come to his house to have a prayer meeting.

"They came, and I knelt at my bedside and had prayer. The following night, I was in church service with them. I started to do the church work, and I helped to build the church by cutting bamboo to put up a structure for the hosting of a convention," testified Cohen.

Cohen said during the convention, that the Lord beat demons out of him for more than half an hour. He was among 14 persons who got baptised.

He said persons expected him to backslide, but he has never looked back. He said some have even followed his footsteps and have surrendered to the Lord, including his brother and his friend.

Cohen thanked God for allowing him to lead a church, providing for him and his family, and for working many miracles in his life.