My Testimony: God wasn't ready for him yet 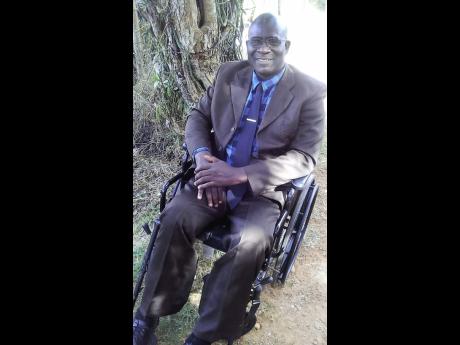 There are many persons who have reported that they have been spared from death by the Lord.

Well, one such individual is Wesley Cunningham of the Seventh-day Adventist Church at Alexandria in St Ann.

Cunningham, who currently serves as an elder at his church, and who has been a servant of the Lord since 1979, testified that in September 1997, he was on his way home from church when he met in a serious accident.

"I was on my way home from church on my bicycle when I got into some difficulty. I fell off the bicycle and broke my neck and my back. I could have died, but the Lord spared my life. When I looked at it, it is really a miracle for me to be alive based on the nature of the injuries received," shared Cunningham.

The churchman noted that he went through agony because he had to spend 11 months in hospital.

Cunningham added that several persons, including himself, thought that he would not have survived the accident because there were times when he was lapsing in and out of consciousness.

"There were times when I felt like it was the end for me because of the pain I was going through, the kind of damage which I had suffered. There were pressure sores and all of that. I realised that God worked a miracle four days after the accident," said Cunningham.

The man of God pointed out that although he was not in a coma, he was sleeping a lot. However, he noted that he was able to remember all that happened before the accident.

"I have to give God thanks for sparing my life. I have to give Him thanks because He has a work for me to do. God was not finished with me because He has been using me ever since that accident to help others who think that there is no hope. For persons thinking of committing suicide, God has brought me to them so that I can encourage them and to say to them, 'look at me where I'm at'," said Cunningham.

The church elder, who has to use a wheelchair to get around, said that his situation does not stop him from doing either his own work at home or the work of God.