My Testimony: Evangelist eager to do God's work 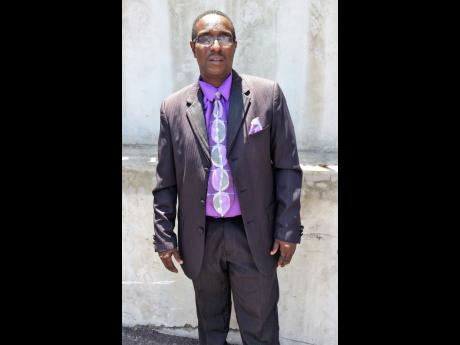 The people of God can testify that if they ask God for anything, especially if it relates to His work, he will always grant it unto them. Well, Evangelist Luke Lewin is one such person.

Lewin, who is a member of the Faith Temple Assemblies of God church in Montego Bay, St James, has been saved for more than 22 years. He is currently serving in the capacity as Men's Ministry president and has served in a number of other positions in his church.

The evangelist testified that he asked the Lord to bless him with a deliverance ministry, and the Lord did not hesitate to fulfil his spiritual request.

"I asked the Lord for that, and He has really laid that ministry on my life. This is so because I have come in contact with several persons that are possessed, and for them, we have to go to the prayer room. We ministered, and the demons they possessed surfaced, and the Lord allowed us to cast them out," testified the evangelist.

Lewin shared that he has even heard the devil speaking out of people's bodies.

He added that God has given him and his group directives, telling them what to do in order to deliver possessed persons.

The minister also stressed that God has given him a prophetic ministry, whereby if there is someone who needs to get saved and he ministers to such a person, God will simply tell him things about the person's life. He said that when such details are revealed, the persons are usually astonished.

Lewin shared that his ministry is so powerful that some persons have surrendered their lives to the Lord.

POSSESSED BY A DEMON

"One of them, a girl who was possessed also got saved. We were in church one night with this young girl, and we were there with her for a few hours trying to get her delivered from demons. At one point, the Lord told us to ask her some questions, and we commanded all unclean spirits in her body to get out. It was at that point when the devil called his own name saying that 'I am Lucifer'," said the evangelist.

Lewin said he told Lucifer that he was no longer Lucifer, but he (Lucifer) replied saying: 'I am Satan'. He said he questioned Satan as to how many of them were in the girl, and he answered that he (Satan) was the ringleader there.

"It was a hard nut to crack that night. We were there casting out demons upon demons, and the Lord told me to get some water and anoint it, then give the girl to drink. That was done, and within 10 minutes of her drinking the water, she started vomiting a number of things. We were there, and more demons were coming out of her. She was fully delivered. The Lord really cleaned her of all she needed to get rid of," testified Lewin.