My Testimony: God transformed my husband 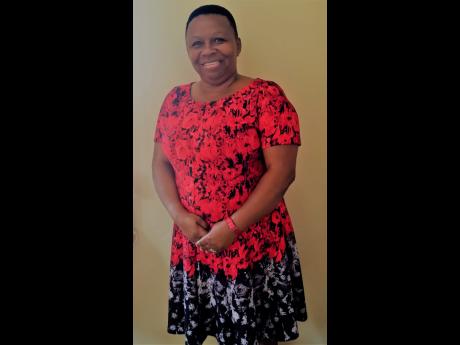 The statement 'We pray and God delivers' is seen as a fact. And Jennifer Giscombe-Anderson of the Frankfield New Testament Church of God in Clarendon has endorsed this.

Giscombe-Anderson, who has been a born-again Christian since 1993 and currently serves as a Sunday-school teacher, testified that some years ago, her husband, who was a Rastafarian, left her and her children and went abroad, where he started a new family.

"He came back, still with his dreadlocks, and got saved in January of 2010, when I decided that I was leaving because I could not take his foolishness any longer. He told me that he was going to follow me to church, and I told him that he should not follow me, but that he should follow Christ," shared Giscombe-Anderson.

The woman, who is known as a hard worker at her church, noted that she prayed for her husband for a long time, and not only did he return to the matrimonial home, but he got baptised and became filled with the Holy Ghost as well.

The woman of prayer said she discussed her situation with a pastor, and he told her that she should not tell God what to do with her husband, but she should pray and leave it to Him. And she did just that.

She further shared that when her husband indicated that he was returning home, he made it clear that he was coming home to his family.

"When he came back, I accepted him and never showed him any bad face. My children asked me how I did it, and I simply told them that it was not me that did anything, but that it was done by the Holy Ghost. My children were even more forgiving more than I towards him. They claimed that if I was able to forgive him for what he did, then they could not have done otherwise," she said.

Happy that God was able to win that battle for her, Giscombe-Anderson bragged that her spouse has been a better husband since returning to her life.

"He is now a wonderful husband. God has transformed him. He is still working on him, and He has also transformed the children as well. Since he surrendered his life to the Lord, my children have also surrendered to the Lord because of the move he has made with and for his Maker," said Giscombe-Anderson.