My Testimony: Tamara is being led by the Holy Spirit 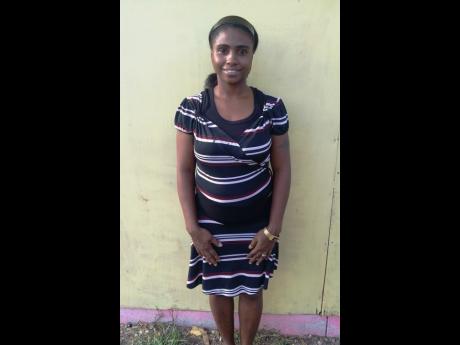 Tamara Campbell is a member of the Living Water Apostolic Church at Four Paths in Clarendon.

Her walk with God started three years ago when she surrendered her life to Him. She, like many other Christians, is grateful to her Maker for all the blessings He has bestowed on her.

Campbell testified that she was invited by the Holy Spirit to attend a fasting service at a nearby church.

"The Holy Spirit told me that I should go and see a lady. I did not really know where I was going or what I was going about. I also did not know the person I was going to, but I decided to follow the leading of the Holy Spirit," testified Campbell.

The young churchwoman shared that she was obedient to the leading of the Holy Spirit and went to the woman.

She pointed out that when she told the woman that she had been led to her by the Holy Spirit, the woman wondered what it was about.

However, she invited Campbell to the church where she currently worships.

She stressed that she wants to be rooted and grounded in the Lord so that she can go deeper in Him. Campbell said out that she has faced many challenges since getting married in 2016.

She lamented that her husband is now out in the world doing the things the devil wants him to do, while she spends time doing things around her house.

"I am still holding on to the Anchor. the Lord, who has never failed His children, will continue to see to their needs," said Campbell.

She stressed that she is being used in a powerful way to do mighty things for the Lord and added that God has been good to her in many ways.

"I know that I am filled with the Holy Spirit because God has allowed me to speak in several different languages, languages which I do not understand," said Campbell.