Testimony: God saved me from a gunman 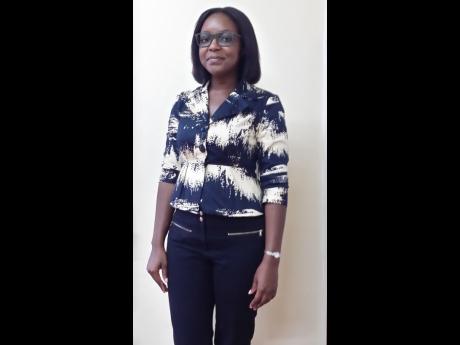 The Lord will always come through for his people, as long as they remain true to Him. Well, that's what happened for Tyeisha Kennedy some time ago.

The young member of the Calvary Gospel Hall Church of the First Born in Christiana, Manchester, who serves as a worker in the youth fellowship department and who has been saved for 12 years, testified that God has done a lot in her life.

"He has done a lot, but I remember an incident I had while coming from class one evening, some minutes after 10 o'clock, I was going back home, and I was held up by a gunman. I did not panic at all. I was told by the gunman to walk back to a cottage where I was coming from that night," shared Kennedy.

"I told him I did not have any money, but I remembered that I had some money in my purse. He told me to hand over the purse. I did and he grabbed it and ran off. He did not hurt me or anything, and I was really grateful. It was the Lord who protected me that night and I am still alive today," testified Kennedy.

But that's not the only time the Lord has worked wonders in her life. She shared further that she did not do well at the primary school level because she was unable to read. However, by the time she reached grade six she was able to sit her GSAT examination. She passed the exam and was placed at the Christiana High School.

"I was very rude while attending Christiana High. While in high school I got into a fight in grade seven and was suspended. I was not behaving myself. I used to adjust my uniform and do all sorts of things. I would also be part of the wrong crowd and things like that, but one day when I went to camp I decided to make a change," said Kennedy.

She stressed that she decided to establish a personal relationship with the Lord at the camp. Kennedy noted that it was while at the camp that she came in contact with God and made a change in her life.

"Things started to change in my life for the better. I did better academically. I started reading, I got involved in student council as a representative for my class, I represented my school as a youth councillor at the Manchester Parish Council, and I also became the head girl at Christiana High after I got saved. I graduated from high school with eight subjects," said Kennedy.